The Texting Suicide Case Has Been Appealed to the Supreme Court

Michelle Carter was convicted in 2017 of involuntary manslaughter after her boyfriend Conrad Roy III committed suicide. 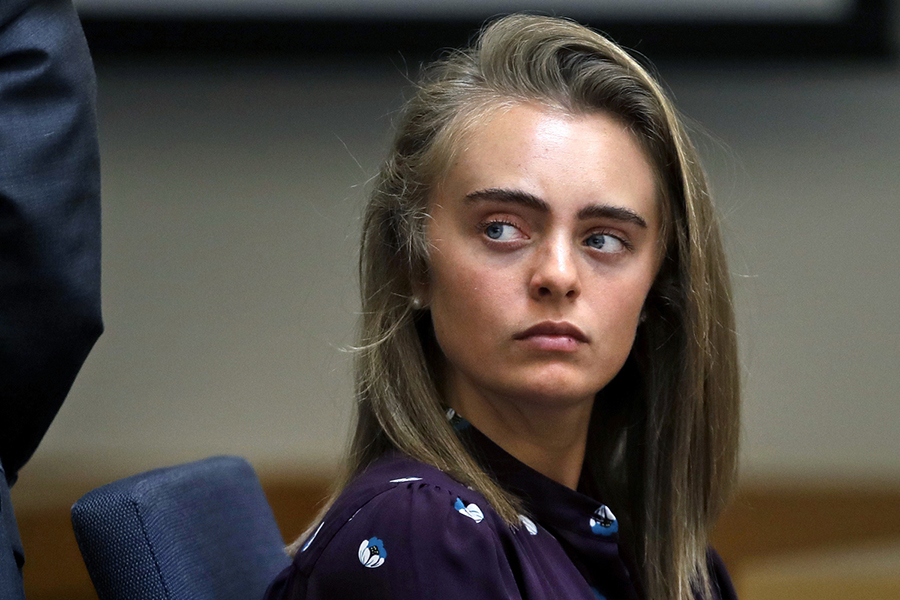 Michelle Carter, the Plainville woman convicted of involuntary manslaughter after the 2014 death of her boyfriend, is appealing her conviction to the U.S. Supreme Court. Carter’s attorney, Joseph Cataldo, confirmed the appeal Monday, according to NECN.

Carter was 17 on the July 2014 day she encouraged her boyfriend, Conrad Roy III, to kill himself. Roy died outside a Fairhaven K-Mart by pumping carbon monoxide into his truck, but dozens of text messages between the two in which she encouraged him to go forward with it were made public during the trial.

“You have everything you need. There is no way you can fail. Tonight is the night. It’s now or never,” she said in a text message.

According to a statement from Carter’s attorneys, Carter did not cause Roy’s “tragic death and should not be held criminally responsible for his suicide.”

“This petition focuses on just two of the many flaws in the case against her that raise important federal constitutional issues for the US Supreme Court to decide,” Marx said in the statement. “First, charging Ms. Carter based on her words alone violated the First Amendment and the decision upholding her conviction created a conflict among state supreme courts. Second, her conviction violated due process because the vague common law of involuntary manslaughter fails to provide guidance to prevent arbitrary and discriminatory enforcement in morally fraught cases involving suicide.”

The judge in the case built his 2017 guilty ruling around the fact that after Roy had second thoughts and left his vehicle, Carter convinced him over the phone to reenter the carbon-monoxide-filled truck. At that point, the judge said, Carter had a responsibility to call authorities or Roy’s family. Instead, she listened on the phone as he died.

When he sentenced her to two-and-a-half years in prison in August 2017, Judge Lawrence Moniz said he found that Carter was fully able to comprehend the gravity of what she was doing. “I have not found that Ms Carter’s age or mental maturity, or even her mental illness, have any substantial impact on her actions,” he said. “She was a bright young lady, did well in school, and I am satisfied that she was mindful of the actions for which she now stands convicted.”

Carter was at first allowed to remain free while she went through the appeal process. However, Massachusetts’ highest court upheld her conviction in February. Carter’s lawyers were unable to persuade the judge that she should remain free as they appealed the Supreme Court, so she began serving her 15-month sentence that month.