The tension between the Speaker of the House and Pressley's "Squad" is coming to a head. 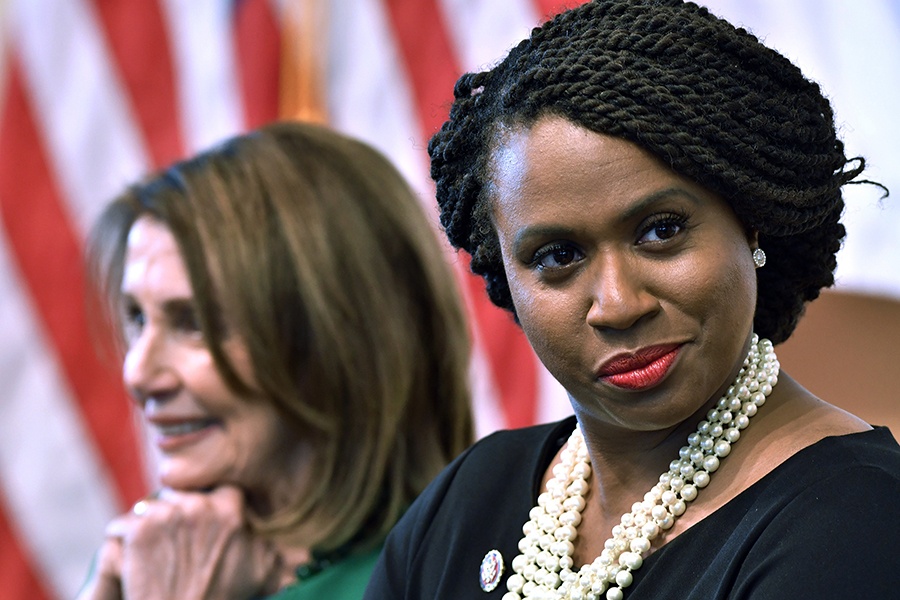 Ayanna Pressley is getting frustrated with the way House Speaker Nancy Pelosi seems to be targeting her and other members of the so-called “Squad” made up of fellow freshman congresswomen of color Ilhan Omar, Rashida Tlaib, and Alexandria Ocasio-Cortez. Pelosi is facing sharp criticism for comments she made about the group in a New York Times interview published this weekend, but Pressley and her compatriots are saying it’s just one example of the Speaker’s attempts to isolate them in recent weeks.

Yesterday, she and Ocasio-Cortez both told the Washington Post that it’s clear that the quartet is being targeted by the Speaker, with Pressley saying the comments were “demoralizing.”

Ocasio-Cortez mentioned several instances of icy behavior from Pelosi, and said, “It got to a point where it was just outright disrespectful…the explicit singling out of newly elected women of color.”

The issue came to a head in the Times piece, in which Pelosi said that voting against the House border aid bill made the four lawmakers “irrelevant to the process” and that they “didn’t have any following.” The comment was so noticeable that Kellyanne Conway, the counselor to the president, latched onto the concept of a Democratic “catfight,” which earned her a hearty dose of Pressley’s ire.

And in a closed-door meeting yesterday, Pelosi reportedly chastised Democrats, saying that fractures in the party were endangering the Democrats’ fragile majority.

“You got a complaint? You come and talk to me about it. But do not tweet about our members and expect us to think that is just okay,” Pelosi said.

The mention of Twitter suggests that Pelosi was directly criticizing the “squad,” who are all known for their robust Twitter followings, and for occasionally using the platform to call out Pelosi herself.

Those aren’t quotes from me; they‘re from the Speaker. Having respect for ourselves doesn’t mean we lack respect for her.

It means we won’t let everyday people be dismissed. https://t.co/VMRkcd8xlL

“I am worried about the signal that it sends to people I speak to and for, who sent me here with a mandate, and how it affects them,” Pressley told the Post.

The four women are reportedly texting about what their next move should be, evaluating whether or not they should confront Pelosi. In the meantime, however, they plan to continue to push for progressive policies, even if doing so draws criticism.

“Thank God my mother gave me broad shoulders and a strong back,” said Pressley. “I can handle it. I’m not worried about me.”