This Map Shows Which Boston Neighborhoods Have the Densest Population

A Dartmouth College geographer wanted to look at population density a different way. 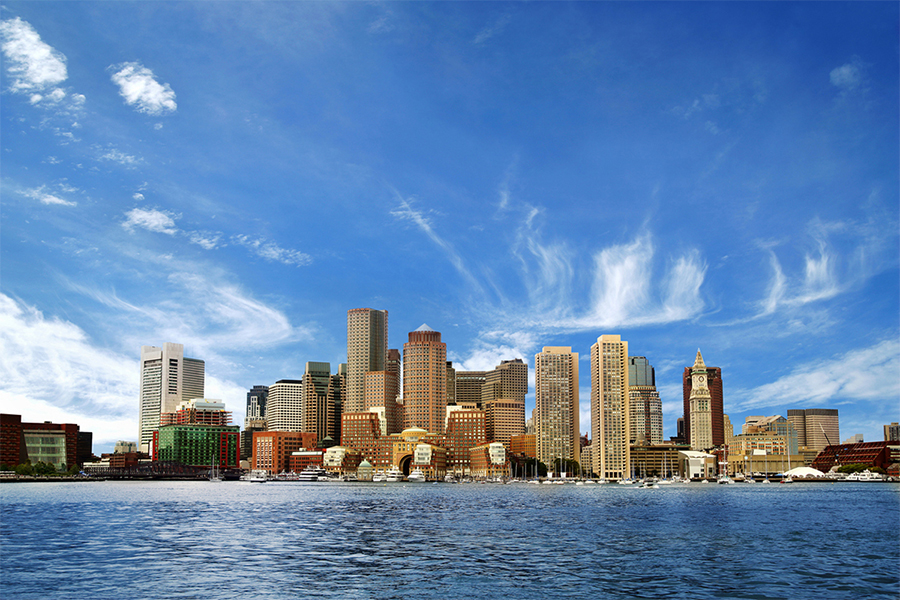 Greater Boston is the 10th most populous metropolitan area in the country. But according to geographer Garrett Dash Nelson, that statistic doesn’t actually mean much.

“An averaged-out stat doesn’t tell us how it feels to live here,” he says.

That’s why the Dartmouth College postdoc decided to design an interactive square density map, a tool that represents population density in a different way—by “micro-mapping,” or examining how the city’s density changes from kilometer to kilometer. Exploring population density using this zoomed-in lens, Nelson says, “helps us understand how neighborhoods feel.”

To assemble the map, Nelson took gridded population statistics from a NASA dataset for several very different American cities, including Atlanta, Miami, Chicago, and our own. For each city, he selected the region’s 200 most highly populated “grid cells” from the dataset and matched them up to aerial photographs.

The grid cells that Nelson and NASA use to break up the map are 30 “arc-seconds”—or basically, one square kilometer—wide, which means that the you can really pinpoint the lines between where people live and where they don’t. The 10 densest cells in the Boston map span several neighborhoods, including the North End, East Boston, Brookline, and Cambridge.

The densest rectangle, somewhat unsurprisingly, is located at the intersection of Back Bay and Fenway, with a population of nearly 13,000 living within that square kilometer. Residents have a little more room to breathe in Medford, Roxbury, and Malden, where there are cells with fewer than 3,500 residents.

In building these maps, Nelson encountered a few surprises. He wondered, for instance, how a cell with a river running through it became the second most populous in Dallas—but it turns out the border of the cell just overlaps with a high-rise jail that serves the entire county. This is just one example of how Nelson’s map challenges our ideas of what density looks like.

“Even among cells with similar population and density, the built environment can look strikingly different,” he writes.

Below, you can see where the most populous cell of Boston is located. To explore the whole city, and other cities, click “full view.”