Using a term he never has publicly, the Republican governor condemned the president's comments. 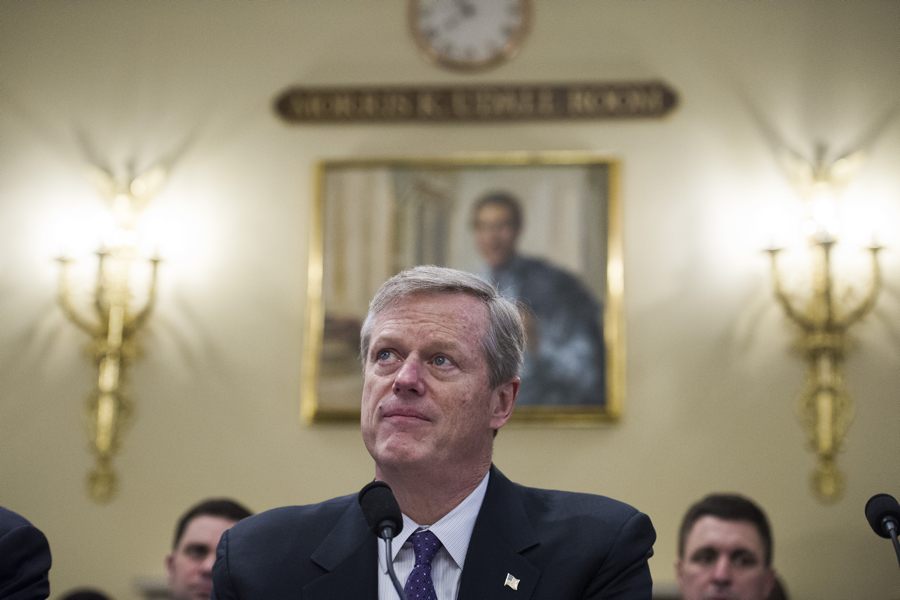 Responding to the ongoing controversy surrounding Trump’s comments about progressive critics in the House, including Rep. Ayanna Pressley, Baker used some of his strongest language yet in condemning the actions of the president, a fellow Republican.

Trump this weekend lashed out at Reps. Pressley, of Massachusetts, Ilhan Omar, of Minnesota, Rashida Tlaib, of Michigan, and Alexandria Ocasio-Cortez, of New York, saying that the women should “go back” to the “totally broken and crime infested” countries they “originally came from.” Three of the four women were born in the U.S. and all are American citizens. Omar was born in Somalia and has been a citizen since 2002.

Trump has continued to double down on the statements and said he is not concerned by efforts to condemn them as racist “because many people agree with me.”

The tweets have prompted widespread backlash, including a call from House leadership to hold a formal vote on a resolution condemning them. Pressley herself has called the president’s conduct “racist,” adding that “his cruel efforts to rile up his base have serious consequences on our collective safety and well-being.”

Baker, a longtime critic of the president who says he left his ballot blank in the 2016 election to avoid voting for Trump, has until now avoided describing Trump or his views as “racist.” Given the opportunity to describe Trump at a debate last year, Baker called him “outrageous” and “disgraceful” (his Democratic opponent Jay Gonzalez went with”racist”).

After the president came under fire for his response to the violence in Charlottesville, Baker saying he thought Trump should more forcefully condemn avowed racists, adding, “I know there are a lot of people in communities of color who don’t believe they are being heard by this administration and I think they need to do something about that.”