The Encore Boston Harbor raked in more cash in its first eight days than the MGM Springfield did all month. 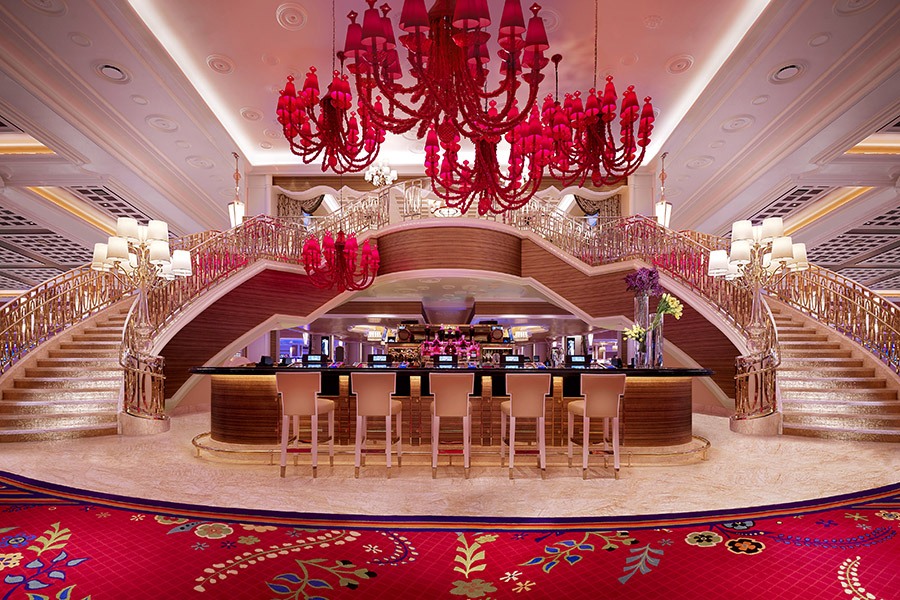 The Encore casino has announced how much revenue it raked in during its first eight days of operation—a whopping $16.79 million, or more than $2 million a day, the State House News Service reports.

To put that in layman’s terms, for that same chunk of change, you could buy 246,471 of the casino’s elite $68 lobster rolls, 16,823 nights of lodging in the casino hotel’s Signature Harbor View Suite, or maybe half of that six foot tall Jeff Koons Popeye statue.

Here’s the breakdown, according to the Massachusetts Gaming Commission. The Encore’s 3,158 slot machines alone brought in $9.12 million, or over half the casino’s total revenue for the first eight days. Gamblers wagered over $93.5 million on the machines. About 90.25 percent of that number was redistributed as winnings, and the rest was held back for the house. The table games didn’t do so shabby either, bringing in $7.67 million.

The Encore, a $2.6 billion venture from Wynn Resorts, opened to great fanfare June 23. To ease law enforcement’s worries about congestion, the casino opened on a Sunday morning, but that didn’t stop thousands from taking rideshares, luxe buses and boats to wait in line at the Encore’s stretch of the Harborwalk for the doors to open. Since its opening, the casino’s Vegas-style glitziness has drawn a steady flow of both card sharks and curious visitors who just want to check out the casino’s flower sculptures, art deco Dunkin’, and massive buffet.

In its first week, the Encore nearly matched the revenue that Massachusetts’ first full casino, the MGM Springfield, brought in all month long. The MGM’s profits have been dwindling, and in June, the casino generated a mere $19.25 million in revenue, marking its worst revenue month since January.

The Encore’s goal is to make $800 million in annual revenue (that’s 11,764,705 lobster rolls and 28 Popeye statues, for those who are counting). Are New Englanders’ pockets deep enough to get them there? Only time will tell.