In Some Fresh Nonsense, Trump Says Ayanna Pressley and the Squad Are “Racist”

He kept the racist tweet debacle going with a new attack on Monday. 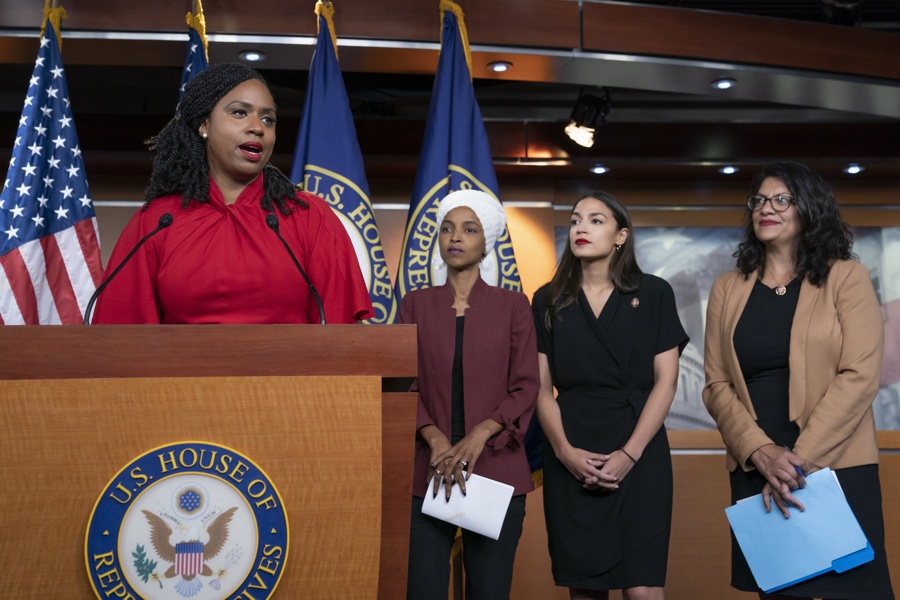 In yet another escalation of the ongoing fight over his racist tweets about Ayanna Pressley and other outspoken freshman congresswomen, President Trump said they’re the ones who are “racist,” not him.

In a Monday morning tweet, Trump lobbed insults at the Massachusetts representative and three other progressive women of color known collectively as the Squad, calling them “a very Racist group of troublemakers who are young, inexperienced, and not very smart.”

The “Squad” is a very Racist group of troublemakers who are young, inexperienced, and not very smart. They are pulling the once great Democrat Party far left, and were against humanitarian aid at the Border…And are now against ICE and Homeland Security. So bad for our Country!

In his latest tweet, Trump did not cite anything in particular to explain why he thinks that the women are racist. This is also not the first attempt to cast the congresswomen, who are all women of color, as racist. Republican Rep. Liz Cheney, in a speech last week, leveled that charge against Pressley for comments about other black politicians.

Trump has, of course, been pushing back on the conclusion that he himself is a racist after he ignited a major controversy by saying the women should “go back” to the countries “from which they came.” Three of the four were born in the U.S. and all are American citizens. Among many other critics to accuse the president of bigotry was Pressley, who called his tweets “what racism looks like.”

He has denied the tweets were racist, and his administration has sought to deflect that charge by accusing the congresswomen of hating the U.S.

The debacle over the tweets entered a new phase after a Wednesday rally in North Carolina in which attendees could be heard chanting “send her back!” as Trump discussed Rep. Ilhan Omar. Trump did not intervene to stop his supporters, and paused his speech for several seconds until they finished, but later claimed he did not agree with the chants. Members of the president’s orbit, including aide Stephen Miller and Vice President Mike Pence, spent the weekend on TV news programs attempting to defend Trump’s reaction to the hateful rallying cry, but their responses were met with skepticism.