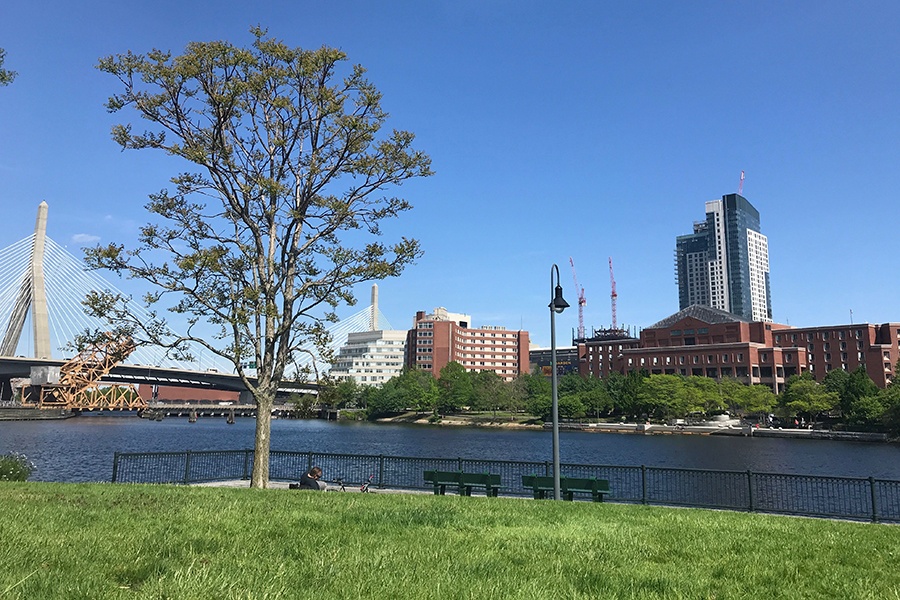 The World Naked Bike Ride is staged in support of better biking infrastructure, clean air, and body positivity—but for several riders in this year’s event, the otherwise peaceful day ended in chaos as state troopers broke up a post-ride gathering, arresting one person and aiming tasers at the rest of the crowd.

About 200 individuals in various states of nudity braved the scorching temperatures to attend this year’s bike ride on Saturday, which follows a 10-mile route through the city. They ended their journey at Cambridge’s North Point Park around 9:40 p.m. For about an hour, bikers—some of whom were still undressed—relaxed, swam, and passed around beer at the park.  “It’s like a hippie thing going on,” said Cheryl Browne, a Cambridge resident who took part in the ride, told the Cambridge Day.

Until it wasn’t. After Cambridge police received a call from a resident reporting a group of nude people in the park, they directed the issue to state troopers, who have jurisdiction over the park. Around 11 p.m., the troopers arrived at the scene. Boston resident C James O’Brien, who participated in the bike ride and the gathering in the park, said in an interview with Boston that he counted 13 law enforcement vehicles.

Police reportedly asked a group of bikers, who were gathered at one of the docks in the park, to leave, as they were in the park after curfew. O’Brien says that some dispersed, while others (the police told the Day it was a group of 50-60; O’Brien says it was more like 15-20) stayed behind to ask why they needed to leave. O’Brien, who had momentarily left the group to retrieve something from his bike, returned to see 2-3 state troopers restraining Dorchester resident Michael Worrell. O’Brien alleges that there was one trooper holding each of Worrell’s arms, while another had him in a chokehold. This is when O’Brien started recording video on his phone.

While video footage from the scene does not depict officers choking Worrell (O’Brien says he started filming too late to catch it), it does show the officers holding his arms back. Worrell can be heard saying “I’m not resisting” and asking “Why am I being detained?” as two troopers handcuff him. Troopers appear to drag Worrell up a flight of stairs, and as the rest of the group clamors for police to explain why Worrell is being arrested, one trooper pulls out a taser, pointing it at the group of bystanders as it shot out sparks. “Put your clothes on and back up,” he says.

As police pulled Worrell up the stairs, one of his shoes came off. The video shows the group yelling at police to take the shoe. Police tell them to put the shoe on the ground. “Like it was a gun or something,” O’Brien recounts.

After the arrest, O’Brien says he and others in the group spoke to other state troopers on the scene to explain that Worrell had been choked, and that was why they were so upset.

“But they didn’t care,” O’Brien said. He says the troopers also refused to give him their names or badge numbers.

“They treated everyone as if we were a threat,” he says. “But the most aggressive that we were was to yell at the cops to stop choking him.”

According to the Day, police are usually involved in facilitating the World Naked Bike Ride, rerouting traffic and serving as escorts. It is unclear whether or not this was the case this year, but neither of the state police officials who spoke with the Day appeared to be familiar with the event. O’Brien says he did not see any police during the ride.

The Massachusetts State Police Department did not immediately respond to a request for comment.