An investigation is underway on Atlantic Avenue. 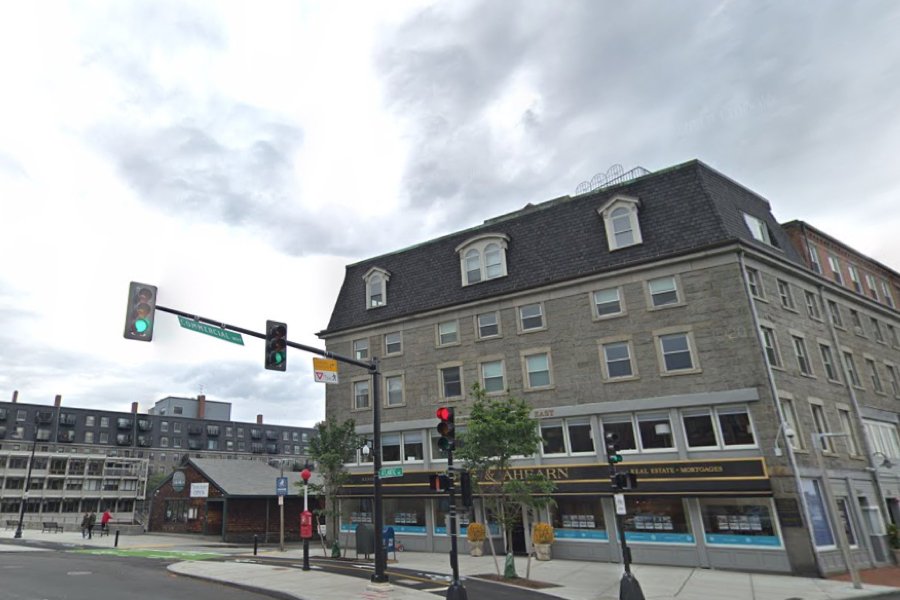 A woman has been left with life-threatening injuries after she was struck by falling metal debris at a North End construction site, police say.

Police were called to 84 Atlantic Avenue at around 8:28 a.m. Thursday morning for reports of a seriously injured person in the area, according to department spokeswoman Officer Kim Tavares. The victim, who was transferred to an area hospital, has was identified by Boston Police only as a woman in her 30s.

An investigation is underway at the site on the street-facing end of Commercial Wharf East, near Christopher Columbus Park. Witnesses and media at the scene report seeing blood and tattered clothing on the sidewalk.

Photos also show a crane carrying a pallet of of materials on top of the building, although it’s not yet clear what the source is of the falling object or objects, which police did not identify. Boston Inspectional Services Commissioner Dion Irish told reporters that the company involved in completing roofing work at the property is cooperating with investigators.

Boston Police say one person suffered life-threatening injuries after being hit by something that fell, possibly from the construction site. Blood, pile of clothes on sidewalk as investigators mark evidence. Atlantic Ave., North End. @boston25 pic.twitter.com/aOAtmdRLnM