A super-Earth and two sub-Neptunes, if you want to get technical. 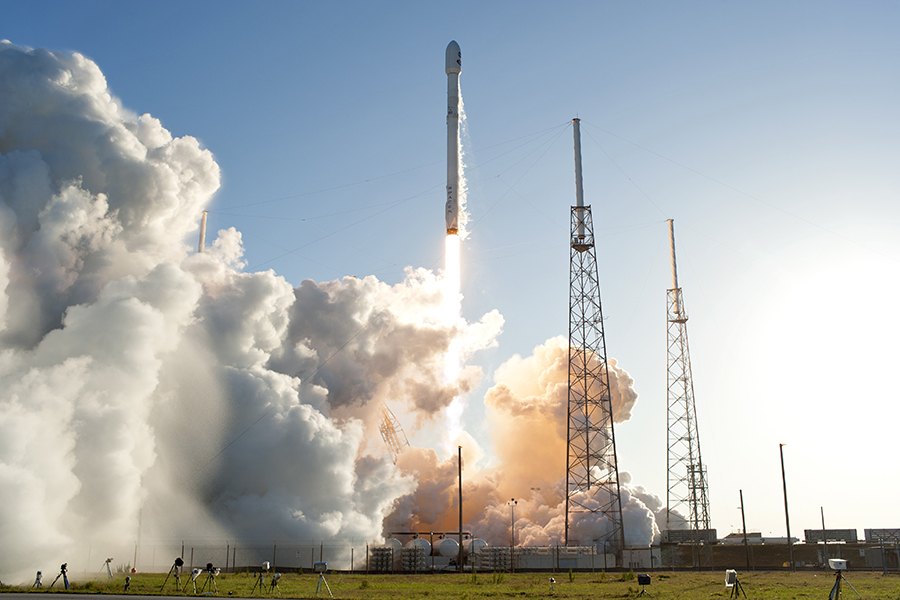 Discovering three new worlds sounds like a pretty daunting task, but for NASA’s TESS, a transiting exoplanet survey satellite developed by MIT, it’s all in a day’s work.

Monday, researchers at MIT revealed in a new Nature Astronomy study that TESS has discovered three new “Objects of Interest,” a super-Earth and two sub-Neptunes. The small, temperate planets will likely become a focus as researchers continue to study the exoplanetary system, as they are three of the smallest and nearest-transiting exoplanets discovered so far.

TESS has been surveying the skies for about a year now, and has already discovered 27 exoplanets, or planets that orbit stars outside our solar system. NASA is clearly very proud of the satellite for its remarkable discovery, dubbing Monday’s triple find a “hat-trick.”

The satellite is essentially a tourist of the cosmos, patrolling 6 percent of the sky each month. While it takes pictures of the comets, supernovae, and stellar flares it sees along the way, TESS’s main objective is to observe star brightness within that small chunk of the sky, looking for telltale periodic dimming that could suggest there’s a planet orbiting around it. Researchers hope that TESS will monitor 85 percent of the sky over its two-year mission.

The system that TESS observed most recently is centered around a star called TOI-270, a dwarf that’s a little smaller and cooler than our sun. The exoplanet closest to it is the super-Earth, or a rocky world that is about 1.9 times the size of our own planet. It orbits TOI-270 once every 3.4 days, and its temperature is a balmy 490 degrees Fahrenheit.

The planets further out from the star are sub-Neptunes, called so because they have rocky cores and gaseous atmospheres, like our solar system’s Neptune. They are even bigger than the super-Earth, at over double the size of our planet. Their orbits are 5.7 and 11.4 days, respectively. While researchers initially thought the further-out sub-Neptune might be able to support life, they later determined that the planet’s thick atmosphere would make the planet too warm for liquid water, one of the key elements researchers look for in a habitable world. 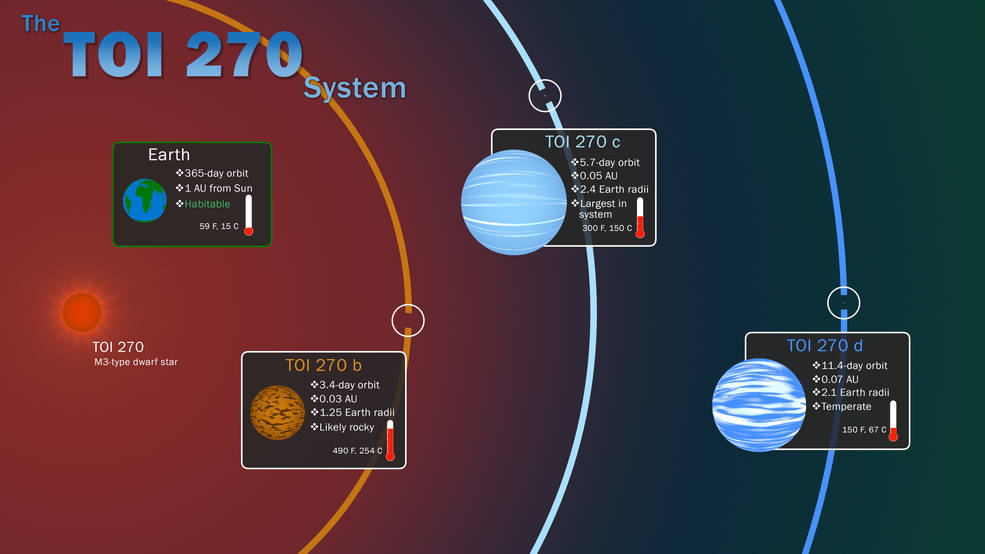 So no, it doesn’t look like TESS found any exoplanetary super-Earthlings out there yet. However, the satellite’s discoveries are still exciting to researchers for a number of reasons.

“Exoplanets can give us clues as to how our own solar system was formed,” says Maximilian Guenther, one of the astrophysicists working closely with TESS and the lead author of the study. For example, in learning more about exoplanets that are like Earth, he says, we can get a better sense of the origins of our own planet. There are still many question marks surrounding planet formation, and TESS’s work will give researchers many more cases to study.

Guenther also says that there is a good chance that these exoplanets are part of a larger system—and that other planets in the system might be habitable.

The whole TOI-270 system will be under close observation in coming years. Guenther hopes to measure the planets’ atmospheres, learn their exact masses, and observe them through several different telescopes. The team hopes that TESS will ultimately discover thousands of exoplanets, and not just sub-Neptunes and super-Earths. TESS is also on the prowl for terrestrial planets, gas giants, and hot Jupiters, according to the satellite’s NASA page—so if you know of any lonely hot Jupiters out there, let TESS know.