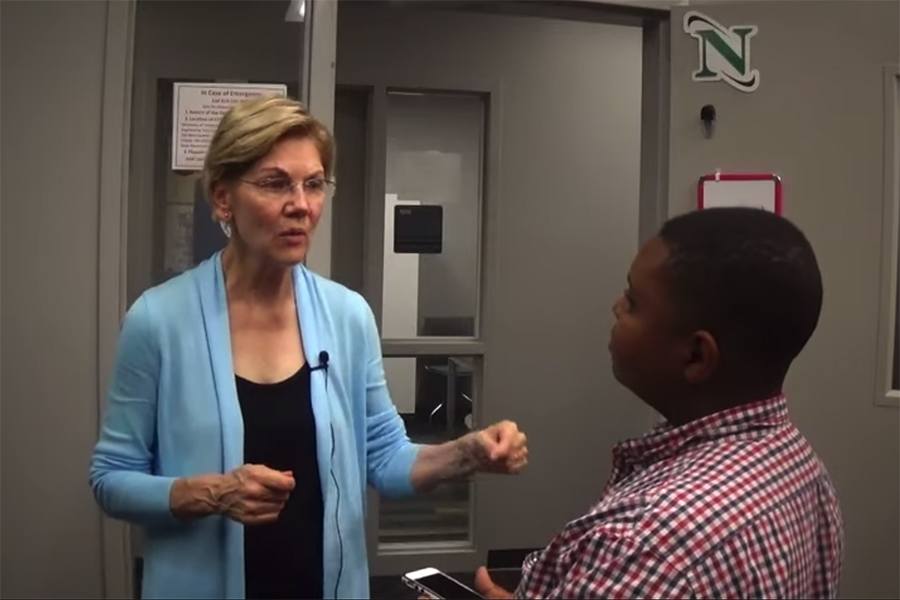 Image courtesy of the Jefferson family

Even a seasoned political journalist might get a little anxious at the thought of sitting down with one of the top-polling presidential candidates, but when cub reporter Jaden Jefferson got an exclusive, one-on-one interview with Elizabeth Warren last night after her town hall in Toledo, Ohio, he handled the pressure like a pro.

“I wasn’t nervous,” the 11-year-old tells Boston over the phone, as his parents drive him to Detroit for tonight’s debate. “Not at all.”

This confidence should surprise no one who has scrolled through Jefferson’s social media. The Toledo native is something of a celebrity in his own community, toting his tripods, cameras and microphones around town to record video news packages on everything from a nurses’ strike to the closure of two Steak ‘n’ Shake restaurants to traffic accidents, sharing his videos on YouTube, Instagram, or to his 13.5K Twitter followers as part of his “Eyewitness News” coverage. The soon-to-be sixth grader reportedly wakes up at 5 a.m. to watch local TV news, and when he forgets to clean his room, his parents take away his reporting privileges.

Fortunately, though, Jefferson wasn’t grounded from his microphone and camera last night. Through his voracious news consumption, he had learned that Warren was going to be the first 2020 candidate to visit Toledo, and he quickly made plans to attend.

“I visited her website and her Twitter pages,” he says. “I had a plan in mind to get an interview.”

After the conclusion of the town hall, Warren drew an eager flock of press—but that didn’t stop Jefferson from working his way to the front of the crowd. “What separates you from the other candidates?” he managed to ask, holding out his microphone expertly to capture her response, just like the throngs of reporters around him.

Guys, Jaden has a lesson for all of us reporters: Keep your questions short and simple. He killed it. pic.twitter.com/UdNTbSDGps

His top-notch reporting skills caught the eye of Warren’s press secretary, Jefferson says, and he was asked if he would like to interview Warren one-on-one. Naturally, he said yes.

“I definitely wanted to talk about her policies, specifically about children at the border,” he says. “To be honest, I was also excited to get something that would make my story unique.” 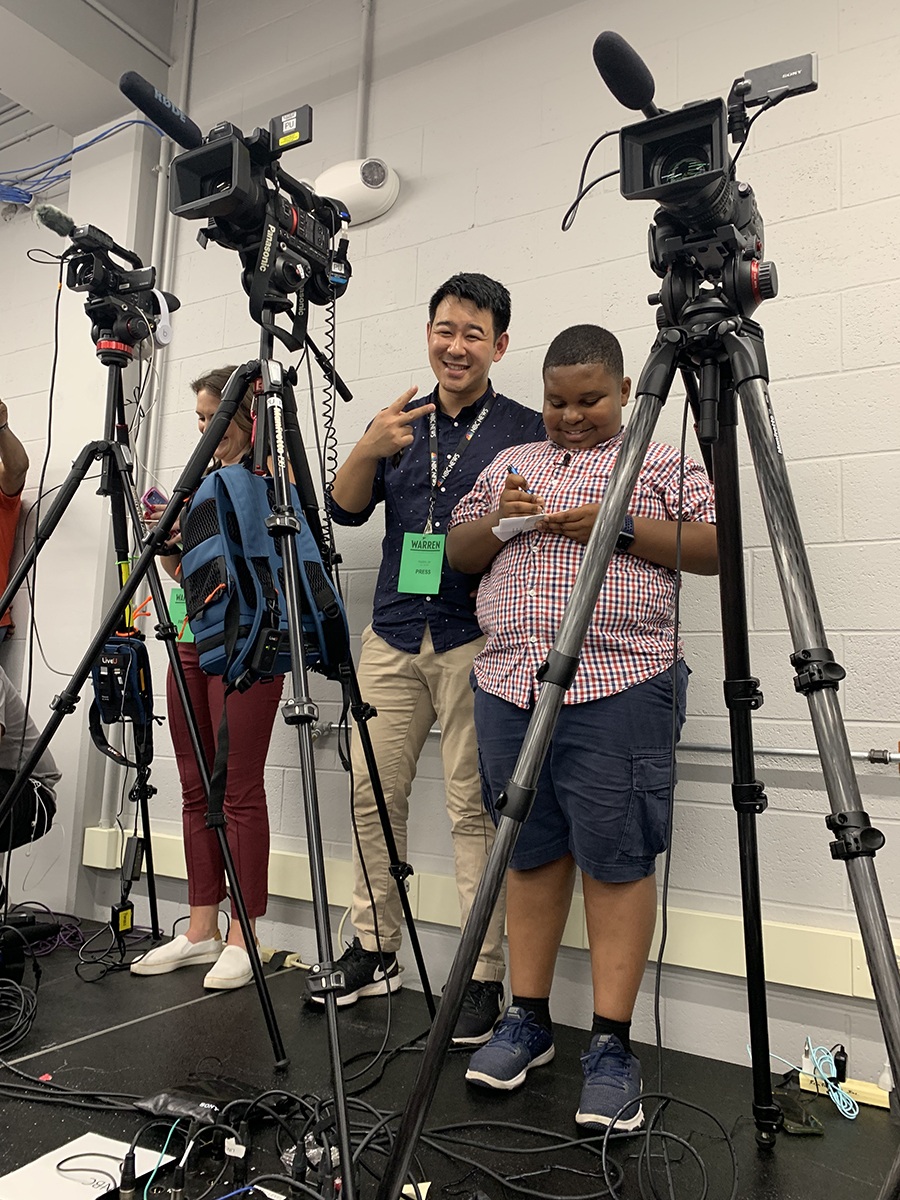 Photo courtesy of the Jefferson family

In their one-on-one video conversation, Jefferson asks Warren a couple of hard-hitting questions.

“What are you doing for equal opportunities for people of color?” he asks.

“So, that’s a really good question,” Warren responds, before launching into a description of the intersection of race and economics, the black/white wealth gap, and her housing policy.

“We have to face up to what the government did wrong on behalf of all of America, and say we’re going to at least take steps to try to make that right,” she concludes.

“Well, thank you for joining us, Senator Warren,” Jefferson responds, extending the firm handshake of a businessman five times his age. “And stay with us for continuing coverage of tomorrow’s debates, and we’re going to have the latest from the Fox Theatre. Jaden Jefferson, Eyewitness News.”

“Perfect,” he says, holding his final pose for a moment, then shooting the Senator a cool thumbs-up.

Jefferson describes the experience of speaking with Warren as “unreal.”

“I think her answers were pretty good,” he says. “She said ‘I hope my answers weren’t too long,’ but I like long answers.”

Up next, Jefferson will be providing more insightful coverage at the Democratic debates, where he says he’ll be on the lookout for the candidate who seems to have his generation’s interests at heart. “We need someone who can unite America,” he says.

You can see his full conversation with Warren below.