The “Straight Pride” Trolls Are at the Gate. So What’s Boston to Do?

They're targeting us for a reason. Should we look the other way? 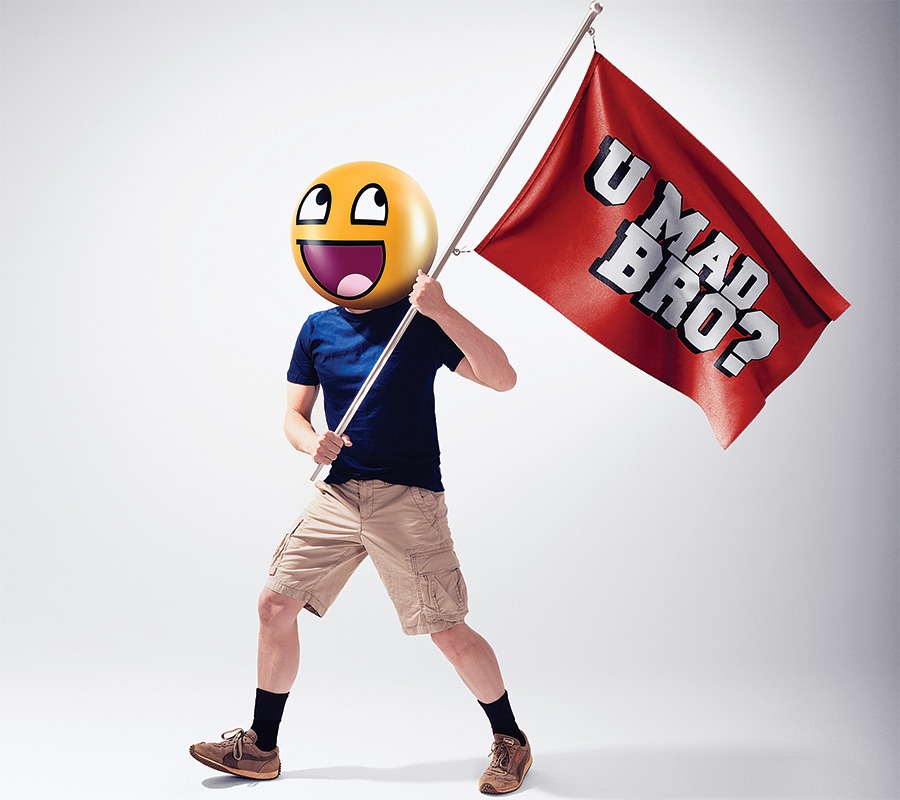 When news of August’s “Straight Pride” Parade first broke, you could almost hear the city’s collective groan rising from the streets. The plan, announced in late May during the run-up to Boston Pride, was for organizers to follow the same route trod by LGBTQ marchers through the historically gay enclave of the South End and on to City Hall, where they hoped to fly a pro-hetero flag. Alt-right provocateur Milo Yiannopoulos, a former editor of Breitbart who also happens to be gay, will serve as grand marshal. Its organizers insist they’re playing it straight (forgive the phrase) and not mocking the Pride Parade they’re obviously cribbing from. The whole shebang, though, exemplifies the latest in IRL trolling—stupidly offensive and oozing bad faith—and it’s hardly the first example we’ve seen here. Remember, one of the ringleaders of this event previously helped bring alt-right celebrities to a “free speech” rally on Boston Common after Charlottesville. It’s not hard to suspect that after this latest effort, they will inevitably return with more nonsense. So what’s a Bostonian to do?

Admittedly, there’s an impulse to take the bait. After all, this sort of right-wing stunt—aimed at social-justice strongholds such as Berkeley; Portland, Oregon; and now Boston—seems designed to irritate and offend the largely liberal residents. “These cities are chosen deliberately and precisely because they’re looking to provoke some kind of response, and to demonstrate that there’s no part of the country they are not willing to go,” says George Hawley, a University of Alabama associate professor who’s written books on the alt-right. “They enjoy being provocative.”

So would a better reaction be to just roll our eyes and walk away? Plenty of reasonable Bostonians say that’s exactly what they plan to do. Jim Morgrage, the general manager of the iconic South End gay bar Club Café, which marchers initially planned to walk past (the group has since updated its route and will avoid the South End), tells me he plans to sit this one out. A crowd of counter-protesters might invite danger, he says, and after all, why give the instigators the attention they crave? Many involved with the decades-old Boston Pride Committee say depriving trolls of oxygen is the best thing anyone can do.

But there’s another, more proactive, approach. As these kinds of marches—including ones led by avowed bigots and neo-Nazis—have become more common, residents in other cities have mobilized and gotten creative. In Montana, for instance, when anti-Semitic protesters planned a rally, neighbors held a block party and bonded over matzo ball soup. Activists have also sold lemonade at rallies countering KKK meet-ups and donated the proceeds to local nonprofits.

This strategy comes with a pretty heavyweight expert endorsement. The Southern Poverty Law Center, which studies the tactics of white nationalists and other extremists, publishes a guide titled “Ten Ways to Fight Hate.” Its first piece of advice? Do something. The group is quick to discourage residents from staging confrontational protests and aims to prevent opportunities for violence, but suggests a show of numbers directed in a constructive way. “Our view is, the best thing you can do,” says Heidi Beirich, director of the SPLC’s Intelligence Project, “is hold a positive event somewhere else that emphasizes the values of inclusion, and the good things about the community.” As if on cue, not long after the news of a Straight Pride Parade hit in Boston, plans emerged for a handful of events around the city on the same day, including a public LGBTQ dance party dubbed “Boston Unofficial Gay Pride Part 2: Electric Boogaloo.”

I think there’s hope in that. It is, after all, easy to feel helpless. These trolls have as much a right to show up and make offensive statements as the rest of us, but there’s power in taking something awful and making something good out of it. The trolls are at the gate. But we’re here, too. And there are a lot more of us.