One Man Is Dead, One Injured after Driving to BMC with Gunshot Wounds

Police are seeking tips after an apparent early morning shooting in Dorchester. 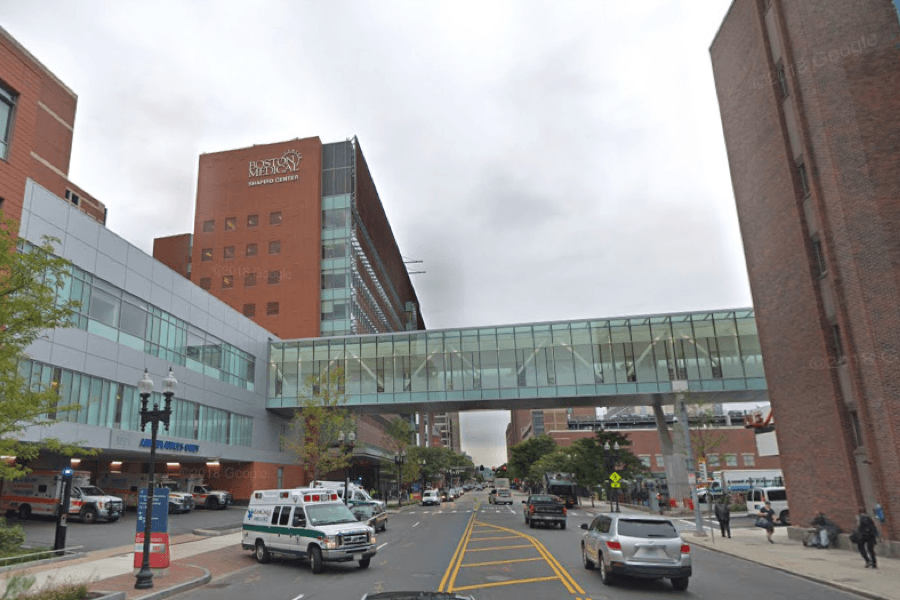 After what appears to be another outbreak of gun violence in Boston, one man is dead and another person is being treated for injuries after driving to Boston Medical Center early Thursday morning.

Police say a man arrived at the hospital at around 12:54 a.m. seeking treatment for a gunshot wound. His injuries were described in a police report as “non-life threatening.” Officers responding to the scene also found a second victim inside a car who appeared “non-viable.” WHDH reports a crime scene was established at the hospital and the car was ultimately towed away.

About ten minutes earlier, police were called for shots fired in Dorchester at 58 Percival Street and discovered “ballistic evidence and damaged motor vehicles there.”

Photos from that scene show bullet holes in at least one vehicle.

Over on Percival Street in Dorchester, a number of cars with damage, some with bullet holes after a shooting @7News pic.twitter.com/2hNhiOTlRE

As of 9:15 a.m. on Thursday police were still seeking the public’s help in piecing together what happened. “The Boston Police Department is actively reviewing the facts and circumstances surrounding this incident,” the department said in a statement on its website. Anyone with information was asked to contact BPD’s homicide unit at 617-343-4470, or send a tip by calling 1 (800) 494-TIPS or sending a text with the word “TIP” to 27463.

Death Investigation in the area of 58 Percival Street in Dorchester. https://t.co/0cOBToO1Y2

The Boston Globe says this amounts to the city’s 25th homicide so far this year.