Porcello has had a challenging season, and last night, he chose to take out his frustration on some unfortunate electronics. 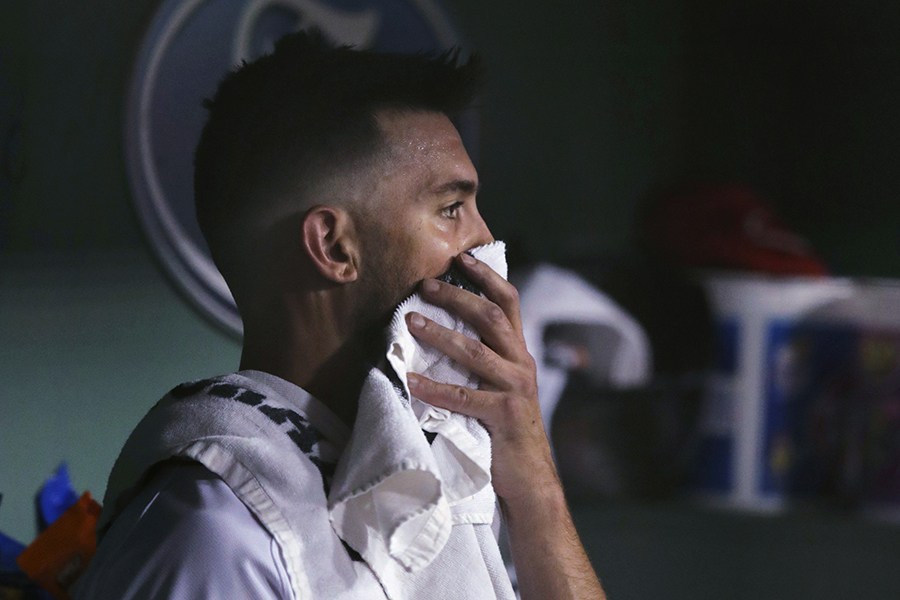 Red Sox starter Rick Porcello may be having one of his worst seasons of pitching yet, but in the dugout Wednesday night, he showed that his strength is definitely not the issue.

In a move that has dugout electronics everywhere shaking, Porcello took out two TVs with his bare fists on his way to the locker room at Fenway Wednesday night, after a rough first inning of Boston’s faceoff with the Tampa Bay Rays, a game that would become the team’s third home game loss in a row.

Porcello has had a challenging season, and it’s no secret that the dude is on edge. “I can’t tell you how frustrating it is,” he told the Boston Globe Wednesday. “But that’s pitching. There’s always maintenance to be had. There’s always adjustments to make. There’s things you have to stay on top of. If it was easy, you’d see a lot of guys being able to do it year after year. It’s not easy.”

Porcello went on to tell the Globe that he has pinpointed several mechanical problems with his arms and lower body that are throwing off his pitching. While he’s trying to return to his old ways, he’s struggling to overcome these issues, and that was on full display in Wednesday’s game.

While Porcello only allowed one run in the first inning, that run proved to be a morale-buster. Porcello sulked off the mound, retreating into the dugout, where two hapless mounted TVs happened to be in the wrong place at the wrong time.

The announcers say the display was “an indicator of just how much passion he’s got,” which is a weird thing to say about what looks like a very cold-blooded double TV homicide. The screens seem to shatter from a mere tap of Porcello’s fists, and he walks away without a second glance at the scene of the crime.

After video of the incident began to circulate, Porcello did express regret: not for breaking the TVs, it should be noted, but for getting caught doing it.

“I kind of wish I did that without cameras being on me,” he said after the Red Sox’s 8-5 loss (shockingly, taking out his frustration through property damage did not turn Porcello’s luck around). “I apologize to everyone that had to see that. It’s not a behavior that I feel like is representative to me and my personality. The frustration got the best of me.”

The full video of the incident is below. Know, though, that if you’re imagining a dugout freakout of this level—

—you will be sorely disappointed.