In protest, the Boston Newspaper Guild members left their desks at noon. 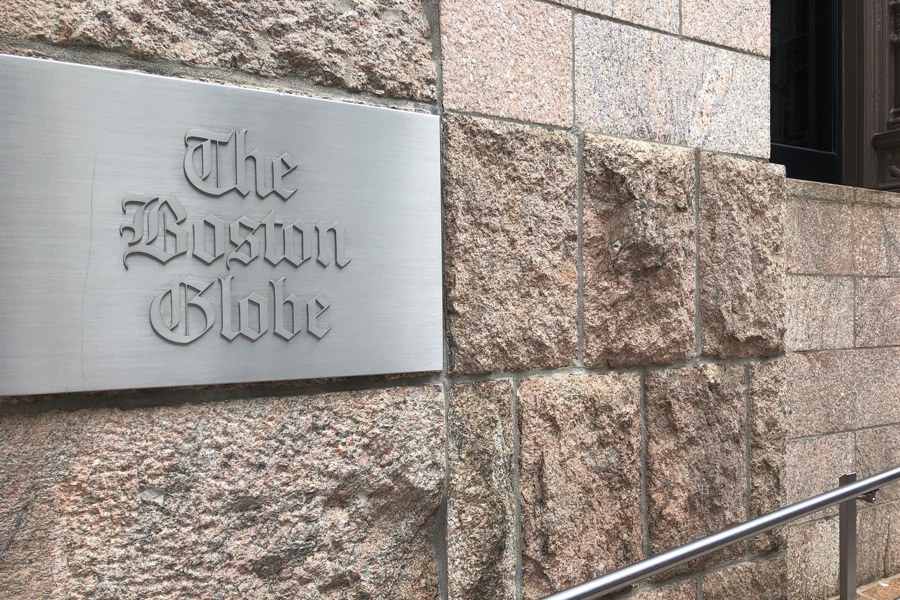 Frustrated by stalled contract negotiations and “draconian proposals” from their employer, staff members at the Boston Globe walked out of work in a lunchtime protest on Tuesday.

The Boston Newspaper Guild, which represents some 300 Globies on both the business and editorial side, says disputes remain unresolved over salary, vacation days, overtime, and seniority. The staffers’ most recent contract expired late last year.

“After 8 months of negotiation, the company still expects us to give up overtime, seniority, pay scales, job descriptions, severance, protections from having our jobs outsourced, and more. The union would also lose the right to defend its members against management abuses,” the account for the union tweeted Tuesday as scores of Globe staff gathered outside the paper’s downtown high rise, wearing matching red T-shirts.

“In exchange, the company has offered small wage increases that would not be retroactive. Their negotiators even turned down a simple union request to extend the time vacations could be rolled over even though it would cost the company nothing.”

After 8 months of negotiation, the company still expects us to give up overtime, seniority, pay scales, job descriptions, severance, protections from having our jobs outsourced, and more. The union would also lose the right to defend its members against management abuses.

In a letter to members over the weekend, union leadership called on members to take a break together at noon, according to the Boston Business Journal, which obtained a copy and described the walkout as a non-formal work action.

The BNG also said it would file a complaint against the Globe with the National Labor Relations Board.

We will accept nothing but a fair contract.

Neither the Globe, nor the law firm that is representing it in contract negotiations, Jones Day, responded to requests for comment Tuesday morning.

In March, Boston’s City Council voted in favor of a resolution in support of the BNG, as well as the newly formed union representing staff at Boston radio station and news outlet WBUR.

Journalists and content creators are workers. There is no free press without them. This week @BOSCityCouncil, I’m filing a resolution to support the @BostonNewsGuild @WeMakeWBUR in organizing & fighting for a fair contract #journalistsareworkers #bospoli #boston #mapoli pic.twitter.com/2LJQK0LBdc