After a brief "shelter in place" order, Sohan Panjrolia was taken into custody without incident. 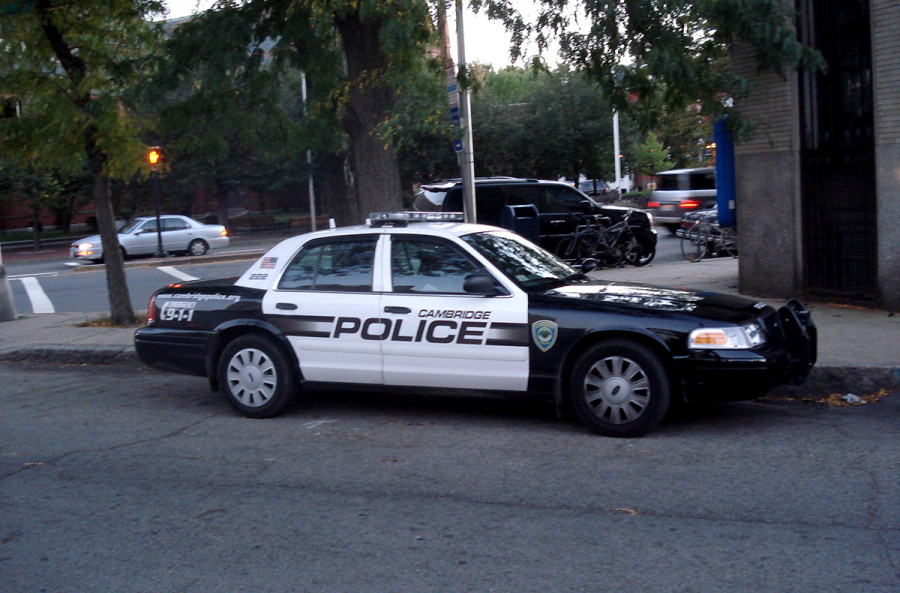 A murder suspect who fled Philadelphia was arrested in Cambridge on Tuesday after his presence in Harvard Square briefly triggered a “shelter in place” order in the highly populated neighborhood.

Cambridge Police say 31-year-old Sohan Panjrolia was taken into custody without incident in the area of 36 John F. Kennedy Street, near a Ben & Jerry’s.

A campus police officer at Harvard University was first to spot the suspect’s car in a parking garage Tuesday afternoon, then city officers who were alerted to the sighting found him tapping away on a laptop at the ice cream shop shortly thereafter, Cambridge Police Commissioner Branville Bard, Jr. said in a Tuesday afternoon press conference.

“It had a very good ending,” Bard said. “No one was harmed, and that’s what we strive for always.”

Panjrolia was not armed at the time of his arrest, Bard said, adding that police are in the process of securing a warrant to search his car but have not had the chance to do so yet.

It was not immediately clear why Panjrolia decided to drive to Cambridge from Philadelphia, but Bard says he is believed to have lived in the area while he was a student. A Harvard spokesman said Panjrolia received a bachelor of liberal arts degree in 2013 from the university’s Extension School, where students take online, part-time, and nonresidential courses for career advancement or to pursue academic interests.

Panjrolia was being sought as a suspect for the murder of his father, 60-year-old Mahendra B. Panjrolia, who he allegedly shot with an assault rifle on August 3. He had been diagnosed with schizophrenia, according to the Boston Globe. On Saturday night, the younger Panjrolia allegedly fired the gun once in a bathroom before firing “multiple shots at his father.”

Fearing that he may still be armed with a rifle, Harvard officials and the Cambridge police earlier alerted those in the Harvard Square area to be on alert. University employees were sent this message at around 12:15 p.m.: “Please avoid area of JFK and Eliot Streets due to police search for potentially armed assailant. Shelter in place if in area. More information to follow.” Cambridge Police wrote in a post on NextDoor that Panjrolia was “considered dangerous” and urged residents to “use extreme caution” if they saw him.

To aid in the search for the suspect, the department on Twitter at around 12:40 p.m. shared a photo of him that had been taken in Philadelphia. By 12:45 p.m., Panjrolia was in police custody.

Local authorities in and around Cambridge are conducting a search in #HarvardSquare after the following wanted individual was believed to have been seen in the area. https://t.co/cKd7vodsDG pic.twitter.com/6vAw26eJDv

Update: We can confirm that the suspect — Sohan Panjrolia — has been taken into custody. #CambMA #HarvardSquare