After a Giant Algae Bloom, the Charles River Is Back to Normal

A public health advisory has been rescinded. 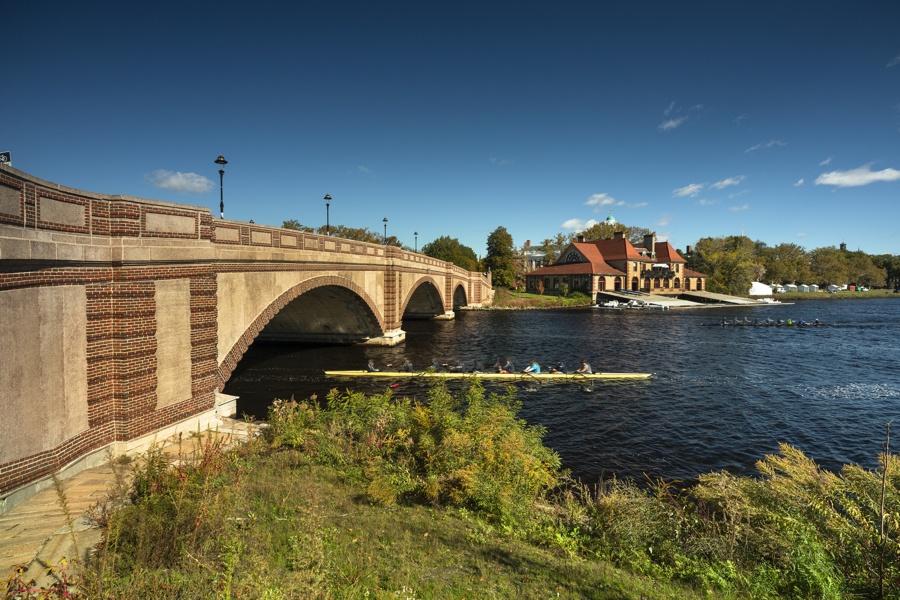 Some good news for anyone who’s been worried about the health of the beloved Charles River since an algae bloom turned it into a toxic stew last month: It’s no longer a public health hazard.

After a series of water quality tests, the Department of Public Health on Thursday afternoon rescinded a public health advisory for the Charles River Basin, as samples taken from the water showed acceptable levels of the bacteria for two consecutive weeks, the standard required to declare it no longer toxic.

Since late July, officials have urged boaters and others who visit the river to avoid skin contact with the water, which had been declared unsafe due to an exceptionally large outbreak of cyanobacteria that stretched from the BU Bridge to the Museum of Science. The Charles took on a visibly off-putting blue-green hue, and in some areas was streaked with stringy clumps of algae. Researchers suspect the bloom led to an unusually large “fish kill” recorded near the Charles River Dam.

Good news!! The public health advisory for toxic algae in the lower basin of the Charles has been rescinded. DPH has sampled two consecutive weeks with cyanobacteria levels below the MDPH guideline of 70,000 cells/ml. https://t.co/HYq5nhwIP1

The Charles River Watershed Association is celebrating the news, but hopes we’ll take this as an opportunity to consider the impact a warming planet will have on future algae blooms.

“We’d like to emphasize that we expect these blooms to worsen with climate change impacts, most significantly due to the increase of nutrients drawn into the river with more frequent stormwater runoff occurrences, which spur on algae bloom growth,” Madison Wolters, spokeswoman for the Charles River Watershed Association, tells me in an email. “But the good news is that there are things we can do now that will reduce stormwater pollution and help us adapt to climate change, namely nature-based solutions like green infrastructure, wetlands, conservation, and other adaptation projects. CRWA is dedicated to implementing these solutions to improve river health and protect communities along the Charles River.”

If you happen to spot any weird looking algae or scum in the river, the CRWA says it would welcome any tips, which you can send to them along with photos of the problem area via email at [email protected].