The bird sent shards of glass flying in Newton. 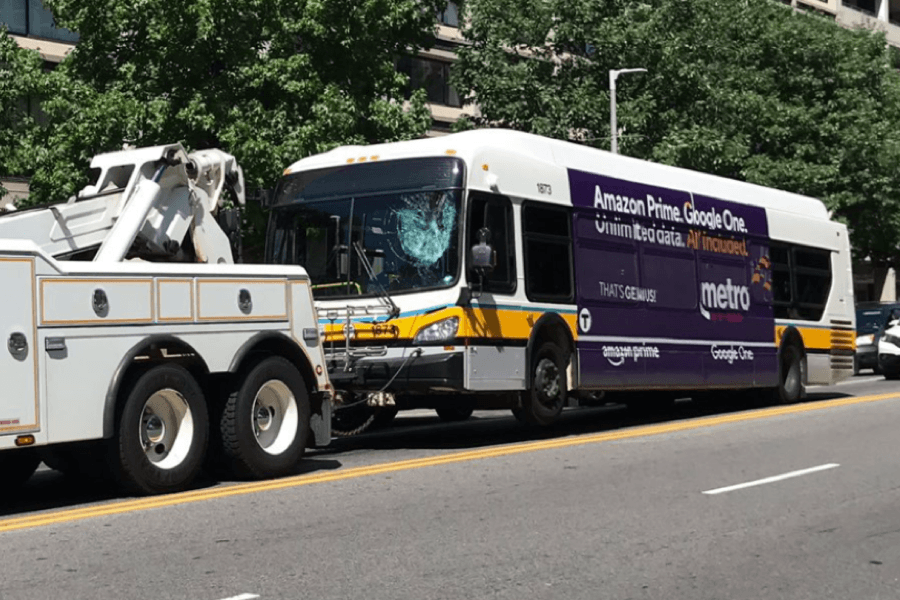 For your average MBTA bus driver, the road is always full of hazards, like the cyclists and motorized scooters lurking around every corner, blinker-allergic Massholes switching lanes on the fly, unruly passengers taking out their bad days on public transit employees. But one driver making his way through Newton this weekend had a serious run-in with an obstacle from the animal kingdom: a goose.

According to the MBTA, a driver who has yet to be identified was traveling a route in Newton when one of the birds smacked into his windshield, shattering the glass, injuring its operator, and bringing the trip to a halt.

The driver was taken to the hospital but is now “doing well,” MBTA spokesman Joe Pesaturo says in an email. “He was checked out at the hospital and released.”

A photo of the aftermath taken by Twitter user shows the animal left the bus’s driver side windshield with a large, goose-sized imprint. The bus will return to service after the windshield can be replaced at some point this week, Pestauro says.

Hello. Thanks for reaching out to us. Unfortunately, a bird flew into the windshield.

This isn’t the first time public transportation in Boston has had to grapple with wildlife-related issues. An Orange Line train earlier this year was held up for several minutes while T employees had to deal with a “distraught swan” on the tracks. In 2016, T workers rescued an owl that smacked into a Green Line train, and brought it to Tufts University’s Cummings School of Veterinary Medicine to receive treatment (it didn’t damage the train, as it was very small). Birds also disrupted a flight from Boston to New York in March of this year, when an American Airlines pilot had to make an emergency landing at Logan Airport after flying into a flock of geese during takeoff. No one was injured.

Such is life when sharing the skies, and the roads, with birds.