On The Daily Show, Ayanna Pressley Sounded off about Guns

She blamed a "deficit of political courage and leadership" for stalled reforms. 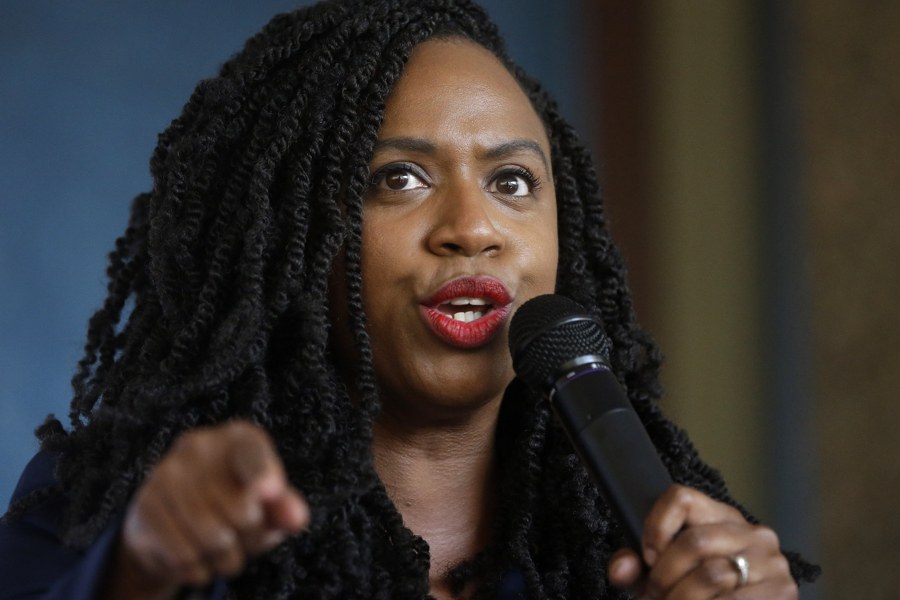 Massachusetts Congresswoman Ayanna Pressley had a primetime audience Monday night on Comedy Central, where she sat in at The Daily Show with Trevor Noah and shared her takes on gun reform, President Trump’s attacks, and immigration.

Asked about a recent spate of mass shootings in American cities, Pressley said she was frustrated by what she saw as inaction in Washington on reform. “Why haven’t we acted? This gun violence is a public health crisis and epidemic. This is an urban issue, it is a rural issue, it is a suburban issue, it is transcendent,” she said, chalking it up to “a deficit of political courage and leadership, despite a mandate from American citizens from every walk of life.”

She called for universal background checks, along with crackdowns on straw purchasing and gun trafficking, and pointed to the quick action to ban assault weapons in New Zealand after a mass shooting shocked country in March, which anti-assault weapon advocates have pointed to as an example of how reform can be accomplished.

“Tomorrow we could save millions of lives by passing the assault weapons ban,” Pressley said, asking people to think of gun violence not just in terms of mass shootings, but also domestic and street violence.

She also urged viewers to call the office of Senate Majority Leader Mitch McConnell, who she called “the common enemy in all this,” and urge him to act on gun reforms.

Pressley was also asked about the treatment of immigrants at the border and in widely publicized ICE raids at food processing facilities in Mississippi.

The worst part of this is we’ve been here before as a nation, with slaves on auction blocks, on reservations with indigenous people. The most effective tool to oppress a people is to separate families, and to take children specifically away from their mothers, and here we find ourselves again. The fact that this is happening on American soil because of the occupant of this White House is unconscionable, and so what we need is policy that allows families to settle in communities.

She also, of course, answered questions about Trump’s attacks on her and the other progressive freshman women in Congress known collectively as “the Squad,” including his taunt that they should go back to the countries they came from.

I wish I could feign surprise or some inflated outrage. It’s a very predictable prompt for someone who has a long history of not only racist rhetoric, but racist actions, and every day is rolling out racist, xenophobic policies.

We went from a president who sang “Amazing Grace” to one who displays zero of it. He does not embody the responsibility, the integrity, the empathy, the compassion of a president, so I will not call him that. We find ourselves in truly unprecedented times, and the residents of Massachusetts’ 7th [District] said to me they see right through him.

You can watch her appearance here: