This Is a New One: Police Say a Man Sprayed Bear Repellent on the Red Line

If you think you've seen everything on the T, you are wrong. 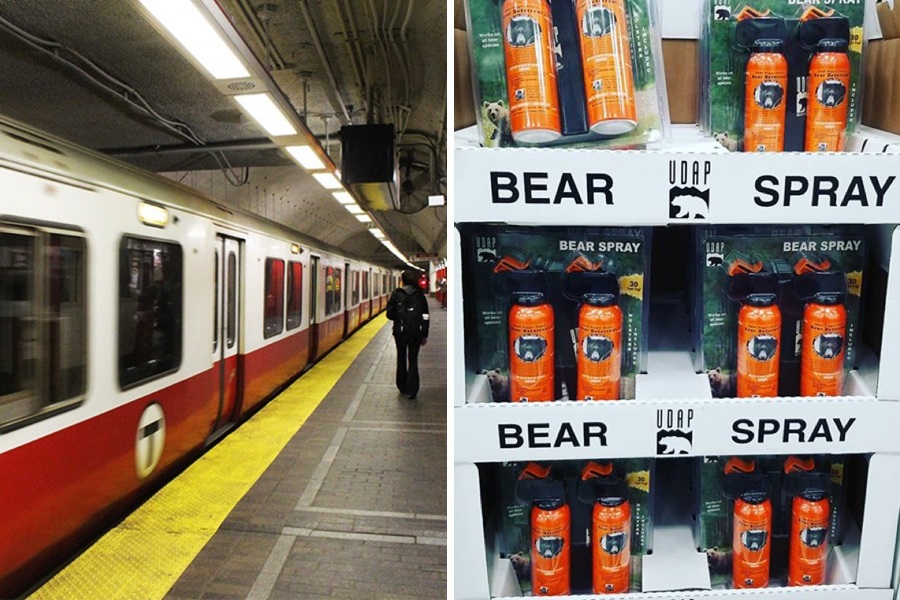 Sure, complain if you must about bad behavior on the MBTA. The man-spreaders, the backpack-wearers, and the rush hour apple-eaters are all worthy of our condemnation and scorn.

But folks, we’ve got an entirely new one for you here, a breach of etiquette beyond the wildest dreams of even the most clueless and/or intentionally hostile commuter.

According to police, a man taking the Red Line on Tuesday evening is accused of, for no apparent reason, pulling a full-on can of bear repellent out of his backpack and, according to witnesses cited in a police report, spraying it into the train for a “few seconds.”

#Boston man releases Bear Repellant inside train car. TPD place him in custody. All treated and released on scene by EMS. #MBTA https://t.co/wK37vMledd

The MBTA Transit Police say in a report that officers were called to Andrew Square station at around 6:43 p.m. for reports of some kind of irritant in the air, which caused passengers eye pain and “respiratory distress.” Three people were treated by EMS, polices say.

A man just stood up in the middle of my @MBTA Red Line train and started spraying pepper spray, if you’re wondering how my night is going.

The suspect, identified as Gregory Gomes, 34, of Dorchester, was arrested after police found him lying down at the station platform, with bear spray in his backpack. He faces charges for assault and battery with a dangerous weapon and resisting arrest.

He allegedly told police that the incident was a mistake: “I accidentally blew it up,” he said of the spray, according to the report.

For those of you who’ve never had to learn the art of bear repelling, bear spray is essentially just a big canister of pepper spray, which at the push of a button erupts as many as 30 feet out of a nozzle, quickly and at a great enough distance to, well, repel a bear.

Just for reference, here’s what unleashing bear spray for a “few seconds” looks like:

So let this be a lesson to you: No matter how many new Orange Line train cars the MBTA introduces, the T will be eternally full of surprises that even updated interiors and LCD screens can’t fix.