Mayor Joe Curtatone says the city plans to launch one as early as next year. 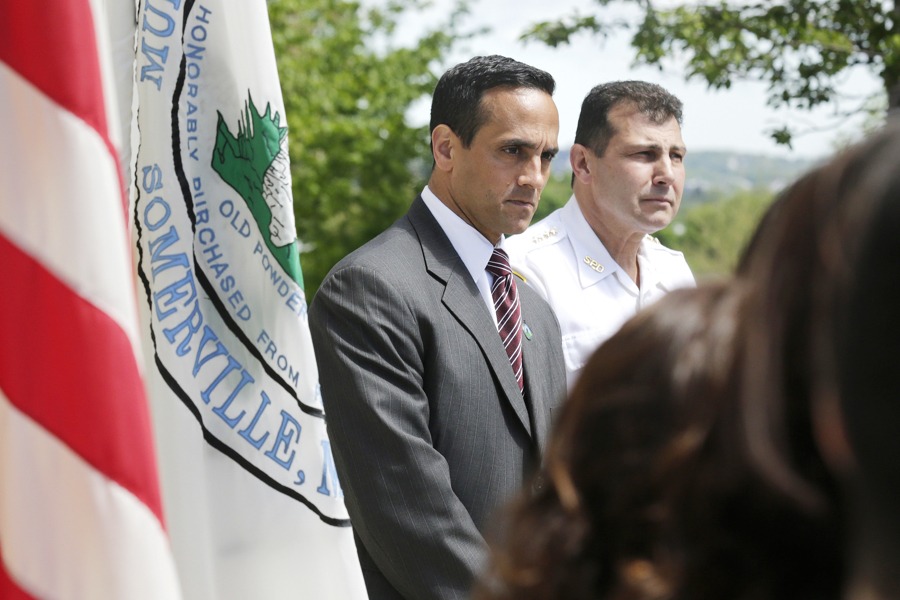 Safe injection sites, where users can inject drugs under the supervision of medical professionals, have been overwhelmingly supported by Massachusetts doctors, have been shown to be successful at reducing death and disease in Canada, and have now been backed by state lawmakers.

Because of the laws against using most of the drugs used in the facilities, none have been opened in the U.S., where the nationwide opioid epidemic claims some 47,000 lives each year to overdoses. In Massachusetts, the Trump-appointed U.S. Attorney Andrew Lelling has threatened to prosecute anyone who tries to defy those laws, raising the specter of safe injection site raids, and visions of doctors and nurses in cuffs.

Now it looks like Somerville is getting ready to call his bluff.

The city’s mayor, Joe Curtatone, has just announced a plan that would appear to defy federal law by launching a safe injection facility by some point next year. It would be the nation’s first above-ground facility of its kind.

“Under the status quo, people will continue to die,” Curtatone tells WBUR in an interview about his plans, which his office is crafting with help from a working group that includes the nonprofit Fenway Health and other organizations. “We need to be bold to take on an epidemic.”

It’s unclear how the U.S. Attorney’s Office would respond to such a move. Previously, Lelling caused a stir in the cannabis community by not ruling out a crackdown on pot shops that were set to open under the state’s legal marijuana law, as marijuana is still illegal at the federal level. Eventually Lelling backed down, saying his office would focus its limited resources on more serious illicit weed crimes. In a statement to WBUR, Lelling insisted that if a facility were to open in Somerville, “federal enforcement will follow.”

Public opinion is just barely in favor of safe-injection sites, according to a WBUR poll, which found 50 percent of respondents supported the idea and 43 percent did not. Boston Mayor Marty Walsh, who had previously opposed the practice, now says he is more open to the idea after seeing the facilities in action on a tour of Canadian cities. Gov. Charlie Baker remains staunchly opposed, citing Lelling’s threats. “I’m not going to stand around and wait for something that can’t happen,” Baker said in February. “I would rather focus on the stuff that can.”

The Massachusetts Medical Society has voted overwhelmingly in favor of them. Studies of safe injection sites in Canadian cities, show they can accomplish what public health officials want: reducing the number of opioid addicts who die of their affliction or contract diseases from needles, and helping usher desperate people into treatment.

In March, Massachusetts lawmakers in a commission formed to study the issue issued a report calling for the state to green-light a pilot program of one or more safe injection facilities, despite the legal risks.

“I know that the idea of safe consumption sites is uncomfortable to many, but if they are proven to save lives, then we have an obligation to at least give them a try,” Sen. Cindy Friedman, one of the legislators on the commission, said at a hearing last month, according to the State House News Service. “Lives are at stake and we cannot wait any longer.”

This story has been updated to more accurately reflect Fenway Health’s role in Curtatone’s announced plans. 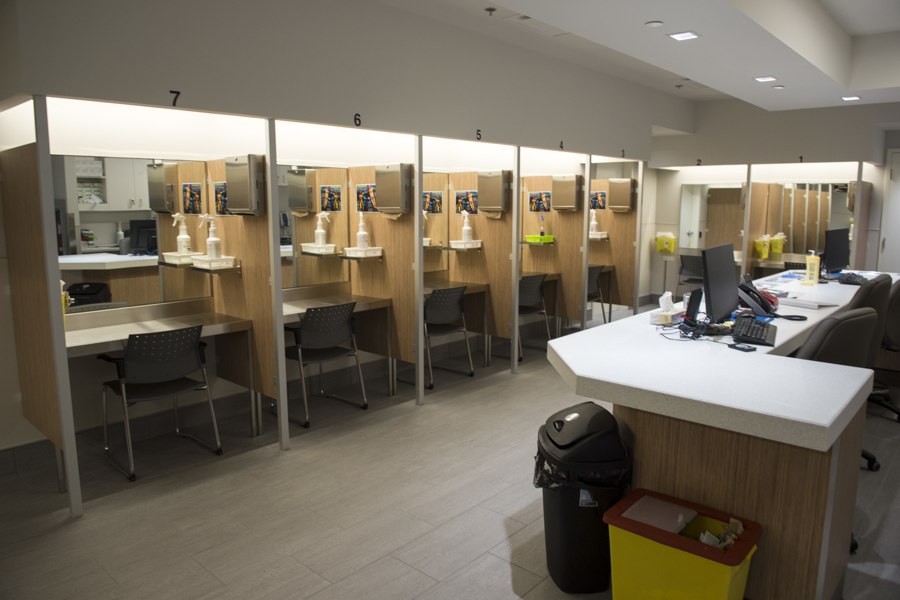 In this June 26, 2017 photo, booths line the Cactus “safe injection site,” where drug addicts can shoot up using clean needles, get medical supervision and freedom from arrest, in Montreal. (Paul Chiasson/The Canadian Press via AP)