Look at This Tornado Seen Spinning in Maine

A confirmed twister was caught on camera in the state this week, the first of the year. 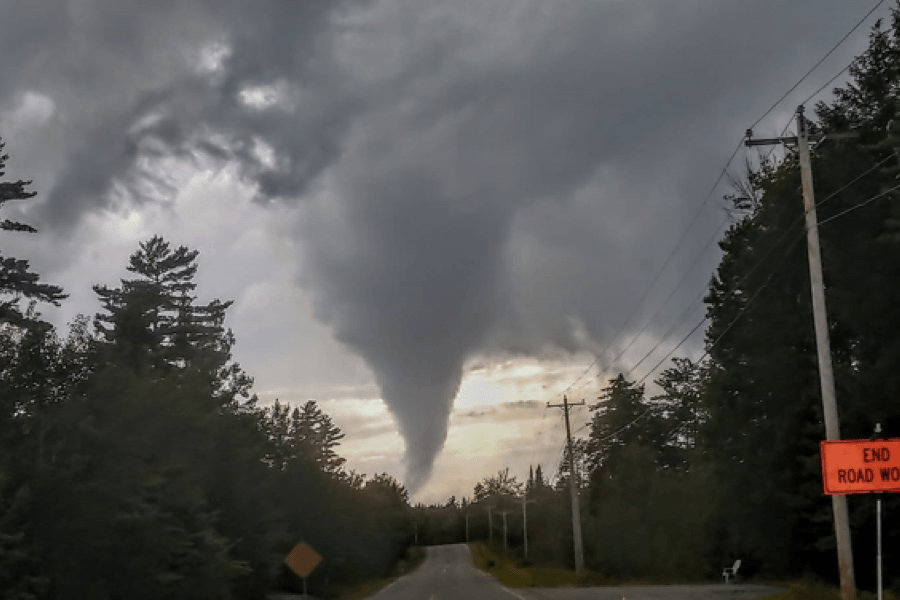 A rare tornado was spotted twirling through Maine on Monday, and thanks to one fearless photographer’s keen eye, we have an image to prove it.

The National Weather Service in Caribou announced Thursday morning that it has confirmed the first tornado of the year in the state, which sees few of the weather phenomena. It touched down in Kossuth Township in Washington County, near the New Brunswick border.

“A NWS storm damage survey team confirmed a tornado briefly touched down this past Monday in Kossuth Township,” it said in an announcement. “This is the first tornado in the state in 2019.”

…Confirmed EF1 Tornado in Washington County…
A NWS storm damage survey team confirmed a tornado briefly touched down this past Monday in Kossuth Township. This is the first tornado in the state in 2019. For the full preliminary write-up: https://t.co/Vtllgl9L1S #mewx pic.twitter.com/LdDHV35sKG

A report posted to the NWS website shows the tornado was categorized as EF1, with winds whipping up to a maximum of 90 miles per hour. It was about 200 yards wide, and moved about a quarter of a mile, the report says, inflicting damage to about 120 trees in two concentrated areas. No one was injured.

The NWS also shared a picture taken by David Coffin, which shows the dark conical shape twisting in the distance at the end of a paved road. It is… pretty sweet.