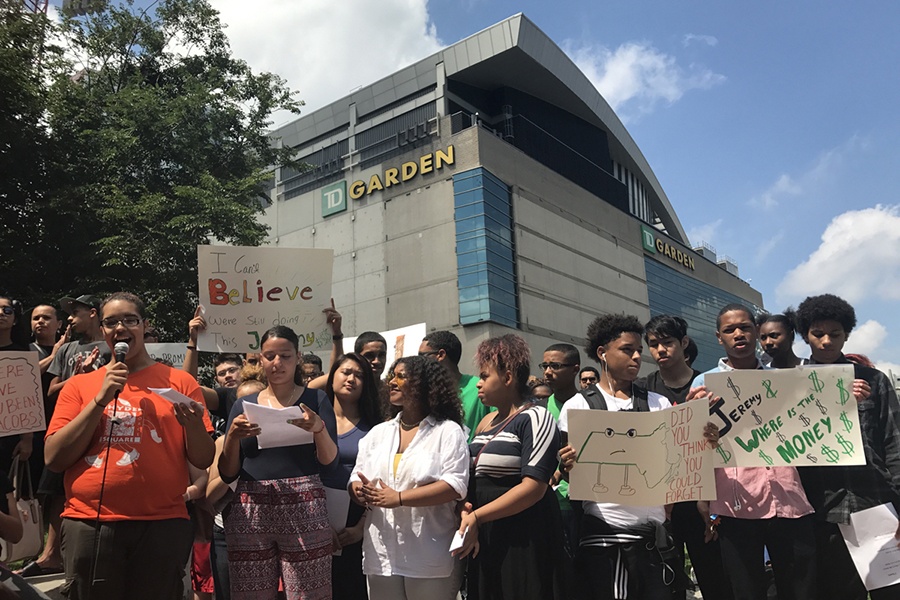 Two years ago, a group of teenagers working with the Hyde Square Youth Task force made headlines with a major discovery—the company that owns TD Garden failed for decades to comply with a 1993 law compelling the Garden to host fundraisers to support neighborhood recreational centers, thus owing the youth of Boston a serious chunk of change.

However, while the Garden’s operators did eventually cough up some of the funds the teens asked for, it now looks like the rec center they hoped to build in Jackson Square will not happen. Urban Edge, a nonprofit that develops Roxbury and Jamaica Plain properties, has announced that it will not move forward with the Jackson Square Recreation Center project, citing financial difficulties.

According to a letter posted on Urban Edge’s website, the plans for the recreation center have been in motion for 15 years. However, the team behind the project recently determined that the funds needed to sustain the center—a projected $50 million—would be unachievable. The Boston Globe reports that the group had raised some $17 million of the estimated budget.

The Jackson Square Recreation Center was supposed to be a multi-story, multi-purpose space, located across the street from the Jackson Square MBTA station, a neighborhood that struggles with high levels of poverty, community violence, and low educational attainment. According to plans from last year, the center would have been structured around an indoor turf field and a 10-month ice rink with mezzanine bleacher seating.

After the Hyde Square Task Force teens made their 2017 discovery while researching fundraising methods for the rec center, the city of Boston rallied behind them, calling on TD Garden to make amends for neglecting their obligations. While the teens suggested that the company behind the Garden owed $13.8 million, the sports arena org responded by donating $1.65 million to the rec center project, less than a tenth of what had been requested. The state later chipped in an extra million, as penance for failing to hold TD Garden accountable, and Mayor Walsh budgeted an extra $2 million after the kids rallied outside City Hall.

Jonah Muniz, one of the activists working on the project, told the Boston Globe that while he was disappointed by the announcement, he hopes the funds that were raised can be kept in the Jackson Square and redirected to youth programming.

“I think it was the idea of community, and building, that we were most attracted to,” the John D. O’Bryant High School senior says.