An MBTA Ferry Ran Aground in Boston Harbor, Injuring Four

A sports fishing boat was the culprit behind the incident. 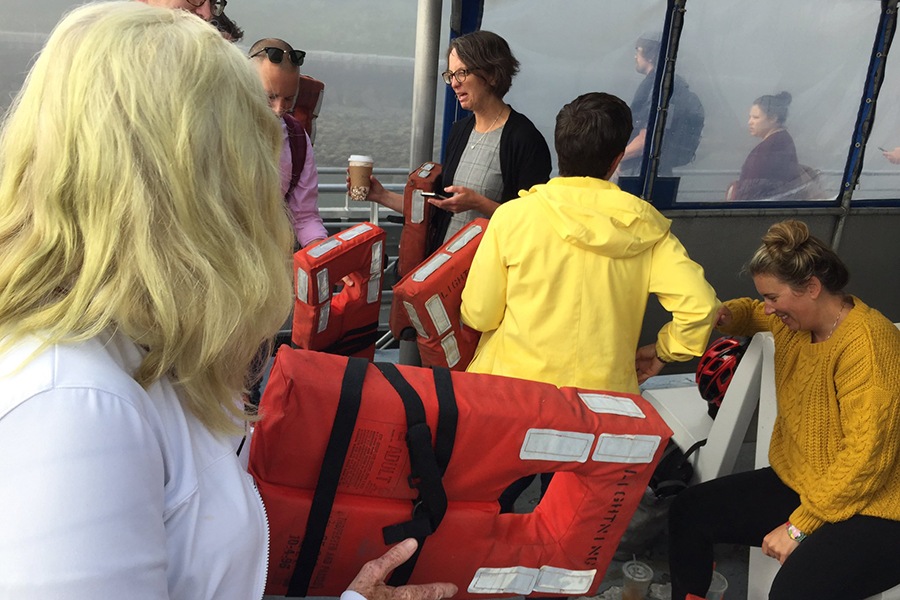 Under a cover of heavy fog, an MBTA ferry en route from Hull to Boston ran aground near Long Island in the Harbor Friday morning. Four of the 81 passengers on board were injured, according to the Coast Guard. At least one injury is reportedly serious.

According to MBA spokesperson Joe Pesaturo, a sports fishing boat was behind the incident. When the boat cut off the ferry in the water, the ferry captain had to redirect to avoid a crash, running the ferry, the MV Lightning, aground.

The Coast Guard, marine units from Boston police, Boston fire, State Police, Environmental Police and Massport all responded to the incident, the Boston Globe reports. Passengers without injuries were transferred to another vessel.

The Lightning left Hull at 7:30 a.m. On a normal day, the trip to Boston takes around 23 minutes—but today, passengers were on the ferry for three hours.

This is a breaking news story and will be updated.

Two Coast Guard boats and what I think is a bhc whale watch boat behind them. #MBTA pic.twitter.com/20cyY0dMq7

BREAKING: Video on the ferry run aground near Long Island. 2 people are injured, 84 on board. Our @7News colleague Alan Miller is on board. He says people went flying down the aisles & coffee spilled everywhere. The @MBTA says the ferry was cut off by a sport fishing boat. #7news pic.twitter.com/FZPIdItVmR