Cambridge Police Learned What Happens When You Help a Skunk, the Smelly Way

A video shows the rescue, and the consequences. 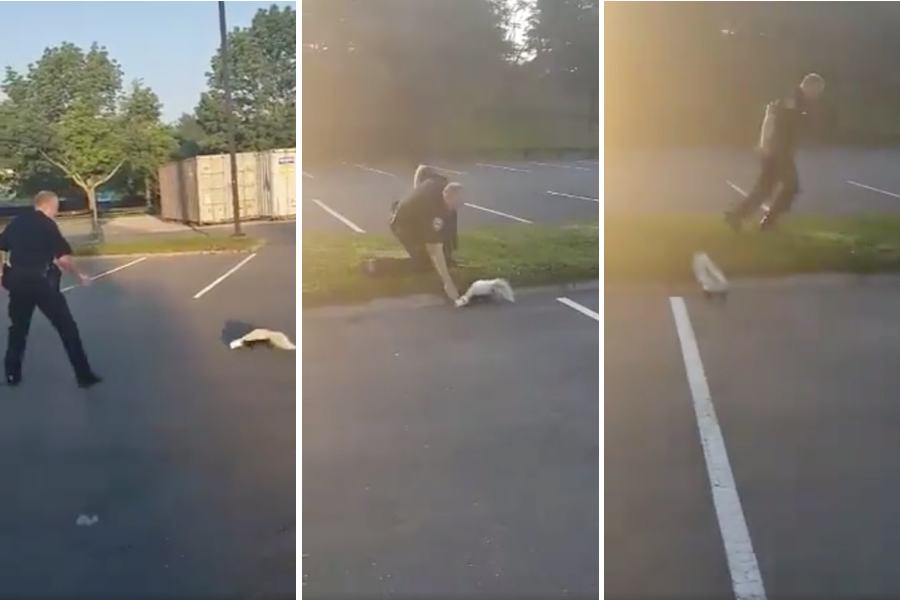 Screenshots from video via CPD

Guess he could have smelled this one coming.

A Cambridge Police officer lent some assistance to a skunk who found itself in a jam this week, and the situation went well for exactly one of these two characters.

According to the department, one of its officers “went the extra mile” to help “a distressed skunk,” which had gotten its head wedged inside a plastic yogurt container and was wandering around a parking lot at the Danehy Dog Park.

“But,” the department wrote on its official Twitter account along with a video of how it all went down, “his good deed did not go without punishment.”

The 38-second clip shows the officer carefully circling the animal in an attempt to snatch the cup from its head, before quickly grabbing it and tossing it into the air, all while dodging the inevitable—a potent spritz of liquid, and from the looks of it, he got nailed.

You can watch it here:

VIDEO: Officer McGinty went the extra mile yesterday morning by helping remove a yogurt container that was stuck on a distressed skunk’s head at the Danehy Dog Park in #CambMA. But, his good deed did not go without punishment. See how the scenario played out. pic.twitter.com/SbKKDM2Oj0

Thankfully, the skunk at least appears to have made it through the ordeal unscathed. “While we are happy to report that the skunk was freed and uninjured, Officer McGinty’s good deed led to a stinky punishment (and multiple showers),” CPD wrote on Facebook. “Special shout out to our fleet maintenance crew too, as they had to tackle the deskunking of Officer McGinty’s vehicle.”