They said their conscience wouldn't allow them to stay. 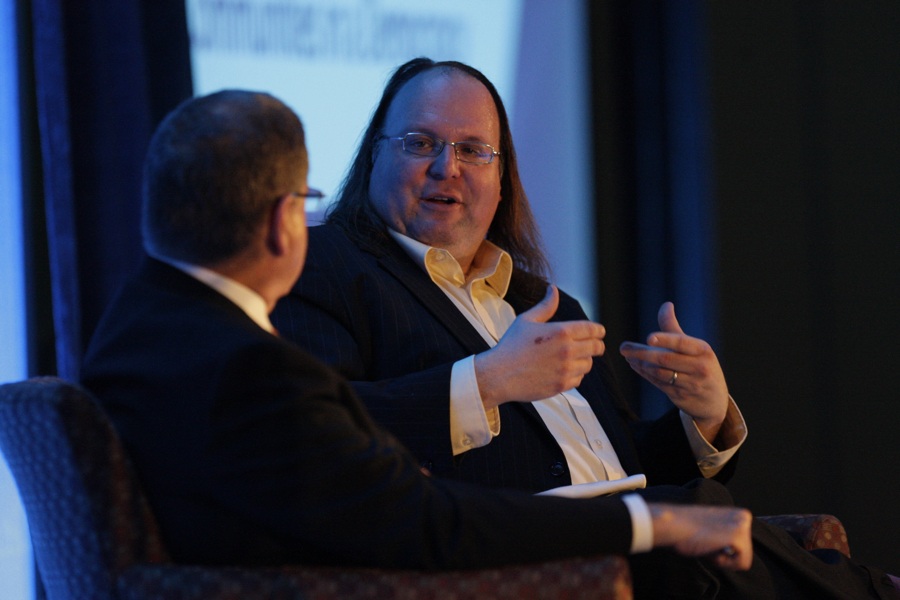 Ethan Zuckerman, director of the Media Lab’s Center for Civic Media, and J. Nathan Matias, an assistant professor at Cornell University who works with the lab, both said Tuesday they would leave the lab, decisions they say they made because their conscience wouldn’t allow them to stay.

The announcements follow an open letter from Ito, in which he said he was “terribly sorry” for having accepted donations and investments from and socialized with Epstein long after the billionaire served jail time and had been required to register as a sex offender. Ito has pledged to raise an amount equivalent to the sum Epstein gave to the lab and donate it to nonprofits for sex trafficking survivors, and said he would return money Epstein invested in Ito’s private funds.

Tuesday night, Zuckerman published a Medium post after a story about his decision appeared in the Boston Globe, explaining that he made up his mind more than a week ago to leave the lab, after learning about Joi’s relationship with Epstein. He will stay on until the end of the spring semester, in May.

“My logic was simple: the work my group does focuses on social justice and on the inclusion of marginalized individuals and points of view,” he writes. “It’s hard to do that work with a straight face in a place that violated its own values so clearly in working with Epstein and in disguising that relationship.”

He says he also wrote apology letters to women the Media Lab honored with its Disobedience Award for contributions to the #MeToo movement. “It struck me as a terrible irony that their work on combatting sexual harassment and assault in science and tech might be damaged by their association with the Media Lab,” Zuckerman’s post reads, adding that he hasn’t decided whether he might work somewhere else at MIT. “I would need to understand better whether the Institute knew about the relationship with Epstein and whether they approved of his gifts,” he writes.

About that @BostonGlobe story… On me, and deciding to leave @MIT @medialab: https://t.co/LP4Y9HKm9o

Later, Matias, who has worked on a project on internet moderation called CivilServant, also said he was on his way out. “As part of our work, CivilServant does research on protecting women and other vulnerable people online from abuse and harassment,” Matias wrote, also in a Medium post, which he said he was “in tears” while writing. “I cannot with integrity do that from a place with the kind of relationship that the Media Lab has had with Epstein. It’s that simple.”

He says he, too, also expects to remain with the lab until spring, 2020.

“I am profoundly disappointed in the decisions that Joi made, and that the Lab somehow allowed to happen,” Matias writes.

I have also informed the Media Lab that I am also leaving and am transitioning CivilServant’s remaining systems and staff out of the lab. We do research on protecting vulnerable people from online abuse, so the choice was straightforward. More here: https://t.co/ehYGJFBd3K

Epstein reportedly surrounded himself with academics at Harvard and MIT and is believed to have used his donations to scientific causes as a way to launder his soiled reputation. Epstein was found dead in his jail cell July 10 after he was arrested on sex trafficking charges.

This story has been updated to accurately reflect J. Nathan Matias’ role at MIT.