In a Fight with a Woburn Font Company, He Used the Ultimate Burn: Comic Sans

Nothing but respect for this typographical roasting. 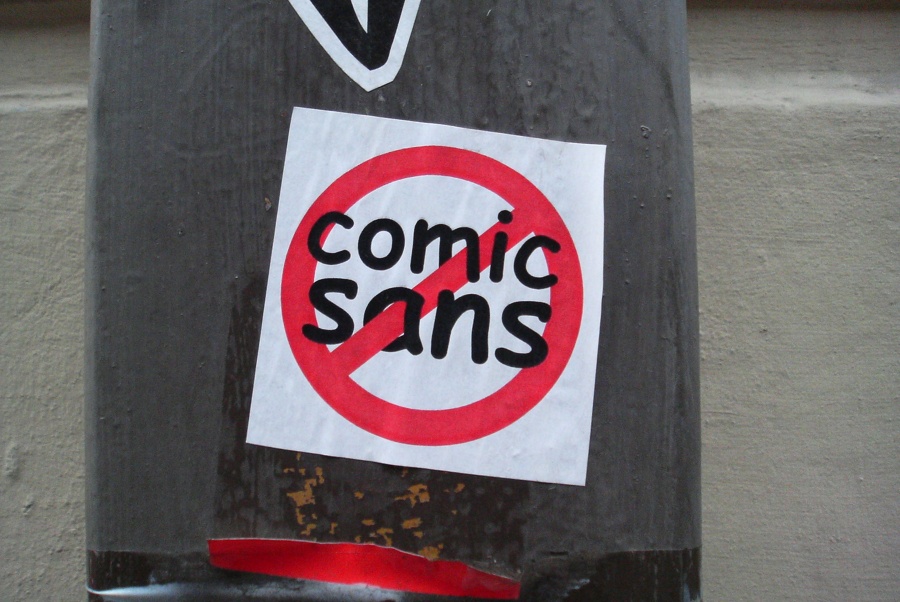 The cartoonish Microsoft-made typeface is hands down the most loathed font of all time, the one specific style of lettering that nerds around the world seem to love to dunking on. It’s a typographical punchline, and catnip for graphic design scolds who love roasting the rubes who use it. In the font industry, it’s basically a dirty word.

So when a critic of a deal at a Massachusetts typeface company invoked Comic Sans in a fiery public statement this week, you know he meant for the comment to really sting.

The perfectly executed burn emerged in a letter to the board of Monotype Imaging Holdings, a company that owns thousands of typefaces and is based in Woburn. It came from an investment manager named Jeffrey Strong, who believes Monotype did not treat investors fairly when it decided to go private earlier this year, and criticized a recent document the board sent to shareholders. And yes, he went there.

“If the board is unwilling to hold itself accountable to the shareholders it serves, it should print the proxy statement in Comic Sans,” he wrote on behalf of the firm Gilead Capital LP, which owns shares in the company. “At least then the world will see this process for the mockery that it is.”

For those who have better things to worry about, critics of the goofy font have spent nearly all of Comic Sans’ 25 years in circulation pointing out how unacceptable it is in any context outside of, say, a kindergarten bake sale or on the side of a cotton candy pushcart in Candy Land. That’s why it’s been the butt of the joke for a generation now. Back in 2000, a group called Ban Comic Sans made it its mission to banish it for good, saying in its manifesto that the rise of word processing had “transformed typography into a tawdry triviality” and that the use of Comic Sans in a professional setting was “analogous to showing up for a black tie event in a clown costume.” (Weirdly, the group’s founders this year decided that they’ve changed their minds, rebranded as “Use Comic Sans” and declared that, “Comic Sans has been so hated that it’s pulled a 360 and become cool again.)

Monotype Imaging has itself leaned into the anti-Comic Sans fervor. On April Fools Day in 2011, the company announced plans to roll out a brand-new version of the reviled font, called Comic Sans Pro. “Comic Sans,” the company said in a press release at the time, is “a favorite in professional environments, used in medical information, instructions, ambulance signage, college exams, corporate mission statements and executive reprimands – even public letters from sports team owners to their fans. Breaking up with your spouse? Why not write a letter in Comic Sans Pro, embellished with a typographic whack!, pow! or bam! Comic Sans is everywhere, and now it’s even better.”

Not gonna get into the weeds on whatever the issue is over in Woburn, and I’ll leave it to others to decide whether investors in Monotype have a right to be upset with the company, or what have you. But as for this guy’s attempt to weaponize Comic Sans in a professional setting, I’d say this was a direct hit.