Planning on Going Outside During Move-In Weekend? Check This Heat Map First

Steel yourself: September 1 is on the horizon. 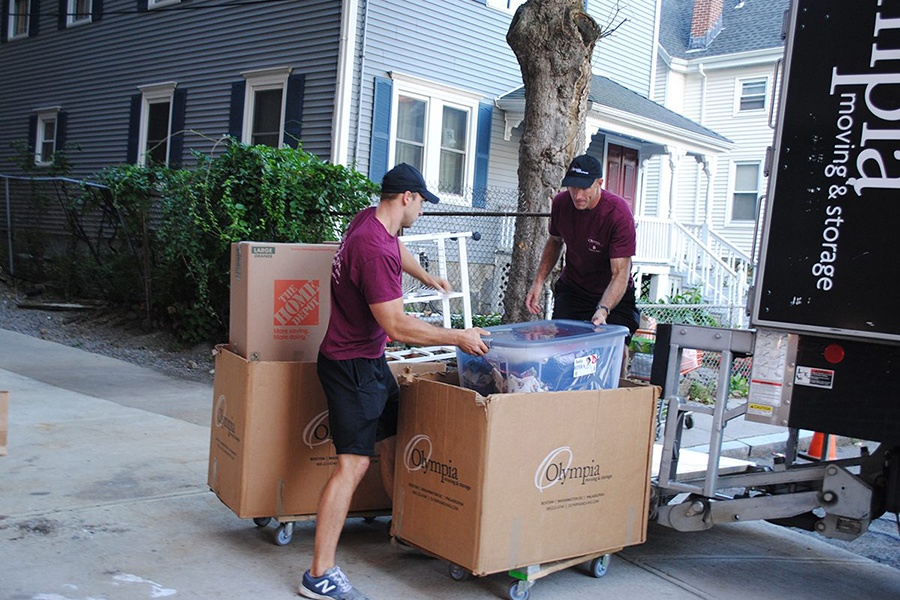 We are officially at T-10 days until the dreaded citywide September 1 move, and by this point, anyone who is planning to move should have signed their new leases, rented their moving trucks, and maybe even started half-heartedly draping bubble wrap around a lamp or something.

However, even if you’re one of the lucky few who isn’t packing your life into cardboard boxes this year, you’re going to want to prep for this notoriously chaotic weekend. If you’re planning on driving anywhere during that window in which two-thirds of the city’s leases turn over, you’ll want to plan your route around the times and neighborhoods where most of the action is going down. Fortunately, there’s a heat map here to help.

Created by apartment rental website RentHop, and informed by open data on Boston’s moving permits, this map shows you how many moving truck permits have been issued, and where those trucks are headed, allowing you to plan your brunch, gym, or Allston Christmas trips accordingly.

The worst day, unsurprisingly, is September 1, when 742 permits are set to expire (most people move on the final day of their permits). Second worst is August 31, when 468 permits expire. The zip codes with the highest numbers of permits are located in Brighton, Southie, Back Bay and the West End. So, if you’re not in the mood to play the dangerous game of “Can I squeeze my car between the moving trucks lining both sides of the street,” maybe consider taking the T if you’re headed to those areas on those days.

If you’re moving to or from one of those hotspots, though, you’re out of luck. Your sidewalk will be eaten by a garbage mountain. You will start to imagine that every itch is an attacking bed bug. You will have to dodge mounds of ominously splintered Bjurstas, Poängs, and even Ektorps whenever you leave your house, and you will be at the mercy of a bunch of college kids and their angry parents driving box trucks down one-way streets.

Hyperventilating yet? It’s all going to be okay. Chaos may be coming to your front door, but you don’t have to take it lying down—take a deep breath, and study our ultimate guide to moving season.