It slithered out of a backyard on Tuesday night. 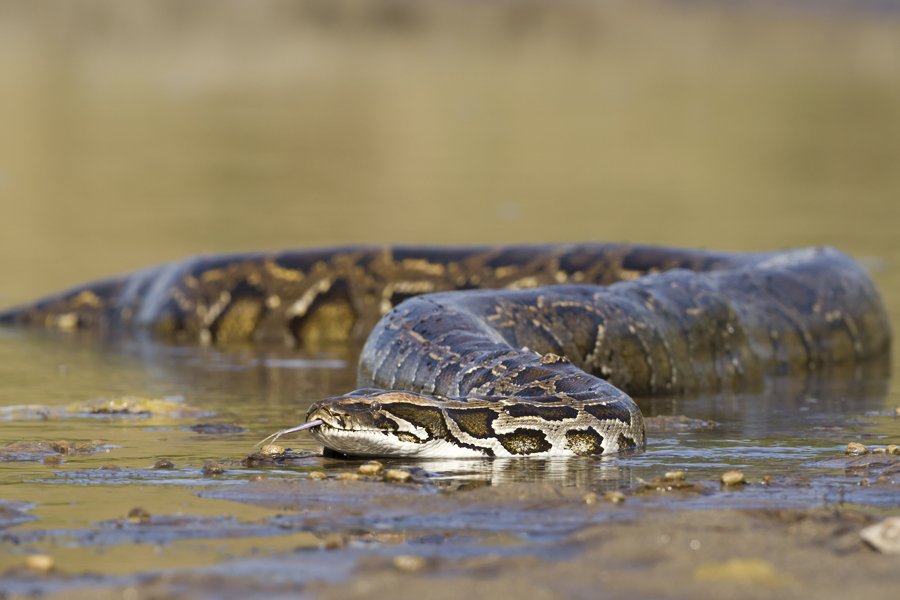 A Burmese python has flown the coop in Newton, and now police are urging residents to be cautious, and keep their eyes peeled.

The department said in an advisory released Thursday that the snake—which was described as “black, gold and yellow” in color and “6-8 feet long—slithered out of a backyard on Jewett Street in Newton Corner on Tuesday evening at around 5 p.m.

Newton PD says neighbors should be on the lookout, noting that the snake will likely soak up the sun during the day and may retreat to garages or building foundations as the temperature drops. They have asked that any sightings be reported directly to the police, not the city’s animal control.

“Though the snake was living with a family, we’re advising as we do with any wildlife, to use caution, not approach it and call our dispatch directly,” police said in the alert.

Newton resident Ted Hess-Mahan on Twitter reports the snake is named “Lightning” and that it shouldn’t be “hungry or dangerous,” as its owners recently fed it.

While eight is plenty of feet of snake as far as I’m concerned, it really isn’t all that big for its species. Burmese pythons when fully grown are typically between 16 and 23 feet long, can grow as thick as “a telephone pole,” and can weigh as much as 200 pounds, according to National Geographic.

No need to panic if you spot the big fella: The creatures are a favorite of reptile-owners thanks to their “generally docile disposition,” although NatGeo says they have been known to attack their human handlers occasionally. Generally the snakes hunt for small mammals, which they bite, suffocate, and swallow whole.