The Rock Was Spotted Reading Elizabeth Warren’s Book on Ballers

In the first scene of the HBO show's premiere, he can be seen reading This Fight Is Our Fight. 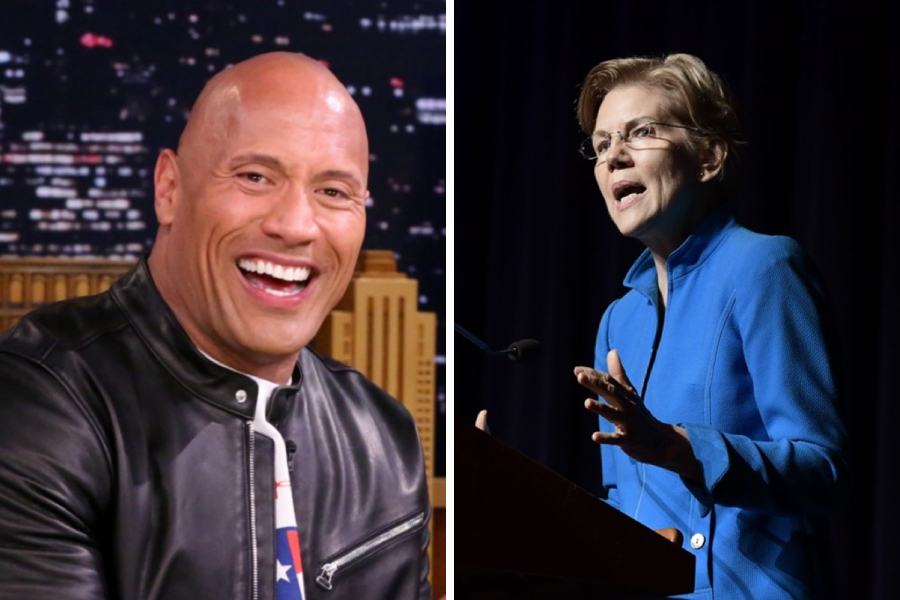 It’s well-documented at this point that Elizabeth Warren is a big fan of Ballers, the HBO series that stars Dwayne “The Rock” Johnson as athlete-turned mogul Spencer Strasmore. And a moment captured in last night’s premiere offers more evidence the fandom goes both ways.

In the first scene from the show, a screenshot of which has been passed around widely online, Johnson  can be seen reclining in an Adirondack chair and reading a copy of Elizabeth Warren’s 2017 book, This Fight Is Our Fight.

First scene in the new season of Ballers and the rock is reading @ewarren’s book. pic.twitter.com/SN9BIUiQda

It’s a little weird to see Johnson’s character reading the book, as it begins with an anecdote about the show: In its prologue, Warren writes about watching Ballers with her husband, Bruce.

Although she hasn’t yet acknowledged the cameo her book made on the show, the senator most likely saw it. Before it aired, Warren tweeted that she was looking forward to the premiere, and also congratulated Johnson on his recent marriage to actress Lauren Hashian.

Can’t wait for the Season 5 premiere of @BallersHBO tonight (Bruce and I still can’t believe there won’t be a Season 6). And congrats @TheRock on your marriage!

So what exactly does it mean? Some assumed it was merely a playful acknowledgement that the senator and presidential candidate has spoken several times about being into the show. Others suggested Johnson, who has hinted at his own political aspirations, might be gunning for a position in a possible Warren White House.

Everyone makes their VP pitch in their own special way. https://t.co/z0RtwjMEBF

Johnson did share some love in response to Warren’s pre-show tweet. “Best of luck and thank you Senator for all your hard work on behalf of our country.”

Mahalo, my ballin’ friend (thanks Bruce too)
It’s been a helluva run and I’m grateful to the people. Thanks for the 🏀 and ⛓, I mean happy marriage well wishes 😉
Best of luck and thank you Senator for all your hard work on behalf of our country.
Enjoy @BallersHBO tonight 👊🏾 https://t.co/uBjuk6iRTS