Want to See an “Epic” Video of a Great White Shark Eating a Whale?

A local fisherman had a close encounter. 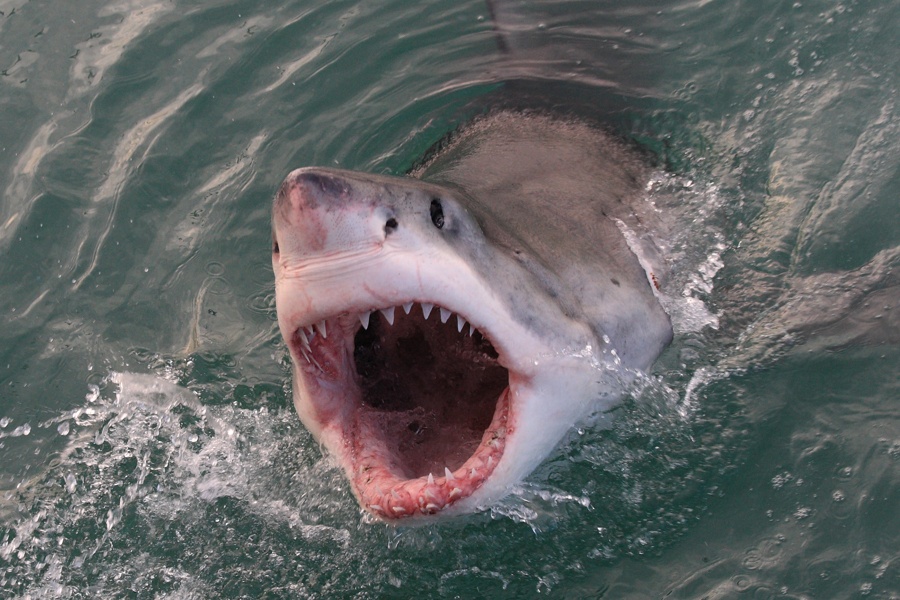 For one fisherman, an up-close encounter with a great white off Cape Cod was “the most epic thing I’ve ever seen on the water,” and he’s got the video to prove it.

On Tuesday, Matt Riley shared clips and photos of the predator swimming alongside a lobster boat, popping its head above water and bumping its nose against the hull, then circling the giant carcass of a humpback whale that was floating in Cape Cod Bay before feasting on its flesh. In his post, he estimates the shark was up to 20 feet long.

The nonprofit Atlantic White Shark Conservancy on Facebook confirmed it was a white shark, and said the sighting happened at around 11 a.m. Tuesday. Riley shot the video while lobstering with fellow fisherman Ken Roth, the Conservancy says.

You can hear the duo’s excitement at this rare brush with a great white. “He’s comin’ right up to the boat!” one can be heard exclaiming as the shark makes its approach. “The fuckin’ size of that thing!”

The most epic thing I’ve ever witnessed on the water. Great white sharks up to 20 ft in length feeding on a dead whale in cape cod bay #greatwhitesharks #nationalgeographic #capecod #gonnaneedabiggerboat #commercialfishing