A Boston Teenager Had a “Plan and Timeline to Kill People” in N.C.

Paul A. Steber, 19, who went to a private school in Back Bay, allegedly had weapons stored in his dorm room. 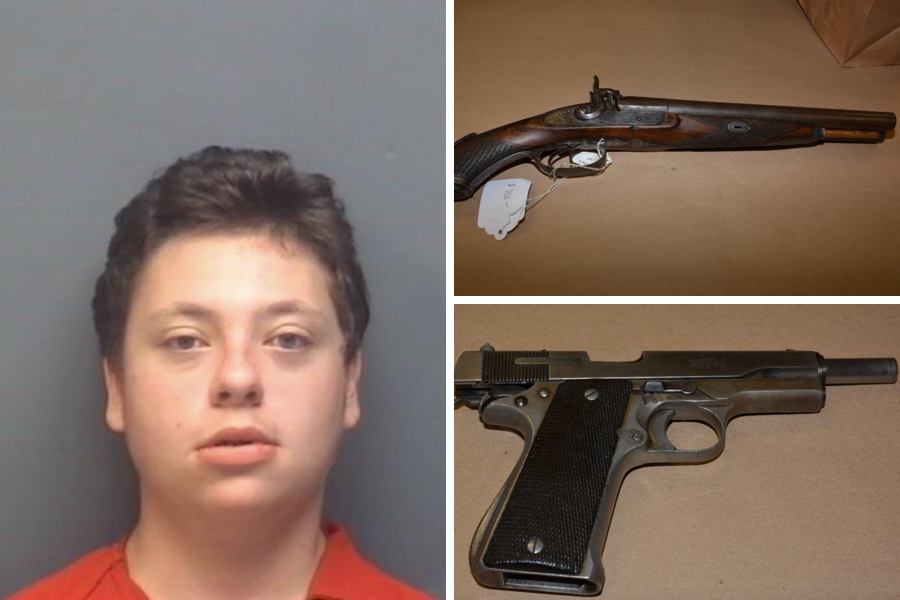 Before he left for college at High Point University in North Carolina, 19-year-old Paul A. Steber was a student at a Boston private school, and according to prosecutors, he was already plotting a mass shooting.

Before his arrest on Tuesday, police say the Boston teenager had lived in his new dorm for less than two weeks, but had begun stockpiling guns. In his room, acting on a tip, officers found a 9 mm pistol and a 12-gauge shotgun, along with ammunition, according to a report from the High Point Police Department.

Prosecutors said Wednesday that Steber confessed that he had studied mass shootings, including the one carried out by Dylann Roof in South Carolina, and that he chose to attend school in North Carolina because he believed he could more easily access weapons in the state, the Boston Globe reports. Steber had been researching shootings for nine months, desperately wanted to join a fraternity, and had a “plan and timeline to kill people” if that plan didn’t pan out, the prosecutors said, according to the Globe.

Paul Steber in court via video camera. He’s being held in Guilford Co. Jail. DA going over investigation. DA says he bought the guns over the weekend. Been planning this since Christmas. Said he wanted to get into a frat, didn’t want to be an outcast anymore. @WXII pic.twitter.com/v98dagKAug

Steber graduated earlier this year from the Newman School in Back Bay. Its headmaster, Harry Lynch, said in a statement to Boston 25 that “we are all shocked and surprised” by the allegations, adding that the school “saw no warning signs.” A classmate told the station that Steber appeared to have an obsession with guns and that he clashed with students over his conservative political views.

Steber was arrested and charged with two felony counts for illegally having a weapon on campus, for which he was ordered held on a $2 million bond, and was subsequently charged with communicating a threat of violence on educational property. He will now spend ten days in police custody for a mental health evaluation and will appear in court again on September 6.

Both police and the university credited Steber’s peers for speaking up about Steber’s weapons.

“This incident illustrates the importance of the public reporting suspicious activity to authorities,” the department said in a statement. “Information from the public is often the critical first step in preventing acts of mass violence.”