Feel Like Protesting the Straight Pride Parade This Weekend? Here’s Where to Go.

Ahead of the arrival of group's rally in Boston, several groups have planned counter-protests. 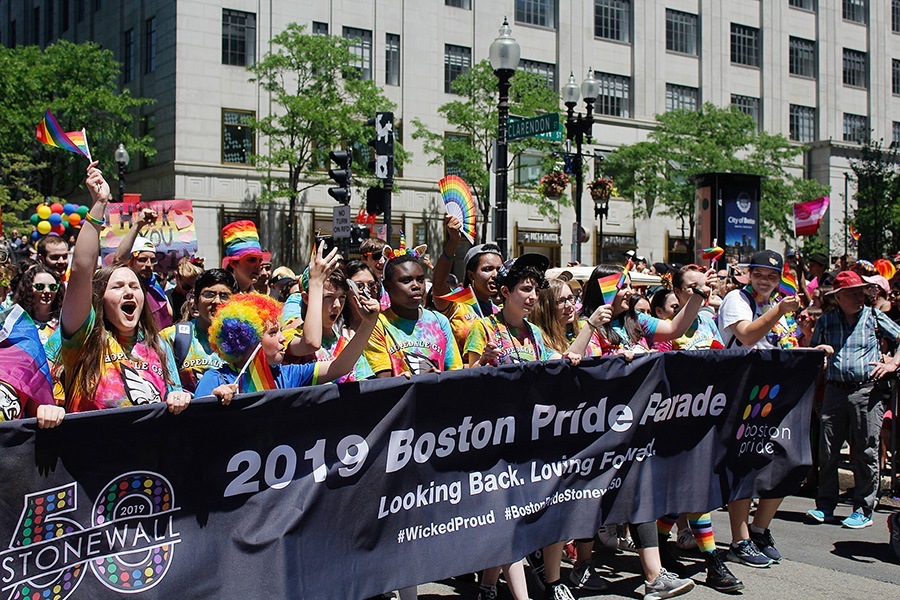 Nearly three months after it was first announced in the midst of the city’s LGBTQ Pride celebration, the “straight pride” parade is slated to arrive in Boston this weekend, and if your instinct is to steer clear of this whole thing, I totally get it. As I wrote earlier this year, when trolls are at the gate, it’s not always clear what we’re supposed to do about it.

The parade kicks off in Copley Square on Saturday, and its organizers plan to march to City Hall Plaza, where they intend to give a platform to a slate of provocative speakers, including, allegedly, former Breitbart editor Milo Yiannopoulos.

Plenty who oppose what the “straight pride” guys are up to will opt to sit this out. Pride Boston, the group that organizes the city’s popular LGBTQ parade and other events each year, has said it has no plans to officially take part in protesting the group. “It has become increasingly clear that the Straight Pride Parade is organized by a group of white supremacists and is an attempt to bait the Boston LGBTQ community, as well as racial and ethnic minority communities in Boston,” Boston Pride wrote in a statement posted to Twitter this week. “It’s a trolling event, designed to get a rise out of vulnerable communities. Boston Pride is not interested in responding to their bait.”

It’s a trolling event, designed to get a rise out of vulnerable communities.
Boston Pride is not interested in responding to their bait. Our strength comes from directing our attention and energy to helping one another meet the challenges of intersecting oppressions.

But for those of you who do feel compelled to get involved in countering the rally organizers’ message, several groups are organizing counter-protests, both of which start at 9 a.m.

One event, hosted by Black Lives Matter Cambridge and Violence in Boston, Inc., and dubbed “Fight Supremacy: Hands Off Our Pride,” will be taking shape at City Hall Plaza. More than 1,000 people say on Facebook that they plan to attend. “We as a City have to send a message that your Hatred, Phobias and Racism isn’t welcomed here,” its organizers wrote in the Facebook event description.

A separate group, Solidarity Against Hate, is organizing an event called “Straight Pride Is Hate Pride” and says it will directly confront the rally. According to an event page on Facebook, it plans to meet in the Public Garden and then “head up Boylston Street to face the fash in Copley,” adding, “We will be loud, annoying, flamboyant, numerous, and generally uninterested in their whole street fighting schtick.”

The group has also been distributing stickers ahead of the counter-protest, including one that features a screenshot of this tweet criticizing the “straight pride” parade from the band Smash Mouth:

Meanwhile, in case things get dicey, a fundraiser is also underway for a $2,500 bail fund for anyone protesting the parade who gets arrested.