It appears that Richard Sinnott, the judge upholding Straight Pride protesters' charges this week, had a run in with the law himself nearly 40 years ago. 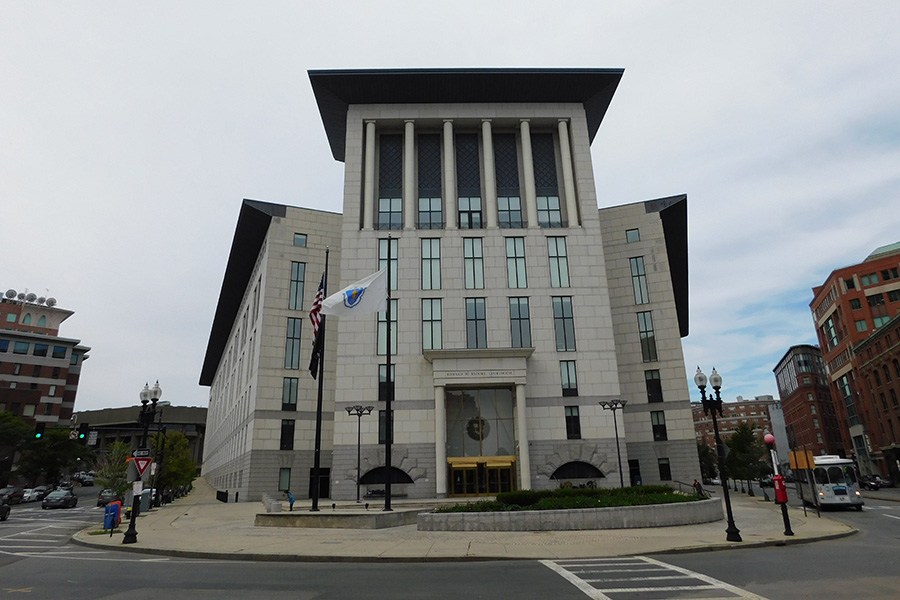 However, it looks like the judge with a penchant for discipline had a run in with the law himself nearly 40 years ago—while he was working as an investigator in the Suffolk County District Attorney’s office. According to a story in an archived edition of the Boston Globe (seen screenshotted here), Sinnott shot a 22-year-old man just before midnight on September 17, 1980 on City Hall Plaza. The man, a U.S. Coast Guardsman named Michael Hulme, survived.

The circumstances surrounding the shooting are pretty bizarre. Five men, including Hulme, were allegedly “kicking the tires” of an F15 fighter jet that was on display in the Plaza. When Sinnott walked past, an altercation began. According to a statement made later by the assistant DA, the men attacked Sinnott unprovoked, and he drew a revolver and shot Hulme in self-defense.

However, other unidentified sources cited in the same Globe story tell a different tale. In this version, Sinnott saw the men kicking the display and asked them to stop. When they refused, Sinnott sprayed the group with Mace, without identifying himself beforehand. After a grapple, which involved even more pepper spray, Sinnott drew his revolver, fired a warning shot in the air, and then fired at least two more shots, injuring Hulme, the Globe report reads.

Two of the five men were sent to the hospital, Hulme with a gunshot wound, and another with a minor head injury. All five men who allegedly attacked Sinnott were charged with assault and battery by means of a dangerous weapon.

“They were all over me,” Sinnott told the Globe at the time, with “his face puffed” and “eyes red.”

A scuffle with sailors stands in contrast with Sinnott’s straight-and-narrow history. A Suffolk Law School graduate, Sinnott worked as a criminal investigator for the DA, then became a first lieutenant in the US Army Reserve and was deployed to Iraq in 2003, around the beginning of the war. He’s also the son of the elder Richard Sinnott, who was Boston’s famous “city censor,” the chief of the licensing division who determined which movies, strip acts, concerts, and other touring shows were too risqué for Bostonians’ eyes. He banned, among other things, the Jackson Five and the song “Louie Louie.”

However, some might say that the young Sinnott’s extreme response to perceived wrongdoing tracks with the austerity the judge has brought to court this week. He ordered a Straight Pride protester held without bail despite serious health concerns, had a defense lawyer arrested and handcuffed after she began reading case law in court, and made several unsympathetic quips—like earlier this week, when a prosecutor asserted that the behavior of one of the Straight Pride protesters was not appropriate, but not necessary to prosecute.

“Not appropriate?” Sinnott echoed in court. “It sounds like he picked up the wrong fork at dinner.”