Tobias Gray, of Rhode Island, was arrested on Sunday. 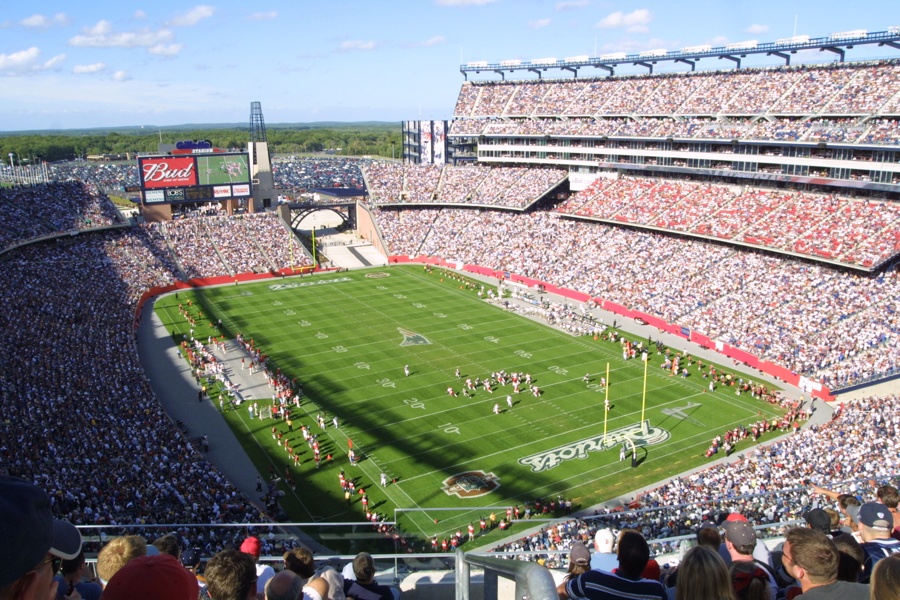 A Giants fan from Rhode Island is in custody today after he allegedly wrote on social media he was so mad about the Patriots blockbuster deal to sign wide receiver Antonio Brown that he might shoot people at Gillette Stadium.

Tobias Gray, 44, of East Providence, Rhode Island, was arrested at his home on Sunday. Police say they were tipped off this weekend about a post to Gray’s Facebook account with a disturbing message.

“I don’t ever really post too many things so you know this is real,” he wrote, according to screenshot of the post included in a criminal complaint, “since the Patriots signed Antonio Brown I’m going to pull a white boys school shooting at Foxboro.” The post continues, “If I ever get my hands on a gun which I don’t have one yet I’m looking I will go shoot up random people at Foxboro.”

Tobias Gray, 44, of East Providence is accused of wanting to shoot ppl at Foxboro. This is a copy of his Facebook post, per criminal complaint. He was arraigned in Providence earlier on unrelated charges & may be arraigned this afternoon for Foxboro threat. @NBC10 pic.twitter.com/kR1KJnWpJM

Despite the message’s menacing tone, Gray’s lawyer Stefanie DiMaio Larivee cautioned against taking it seriously. “Just like everybody else, he was reacting as a fan” to the Patriots news, she told the Providence Journal.

Gray appeared in a Rhode Island courtroom on Monday to be arraigned on a domestic violent charge stemming from an unrelated incident on September 3. He also faces a charge in Providence for threatening a police officer during his arrest. Photos taken in court show him wearing what appears to be a red-and-blue Giants jersey. As of mid-afternoon Monday, Gray had yet to be arraigned in Massachusetts.