At Long Last, We Know What Caused the Red Line Derailment

The MBTA just released a report on the incident. 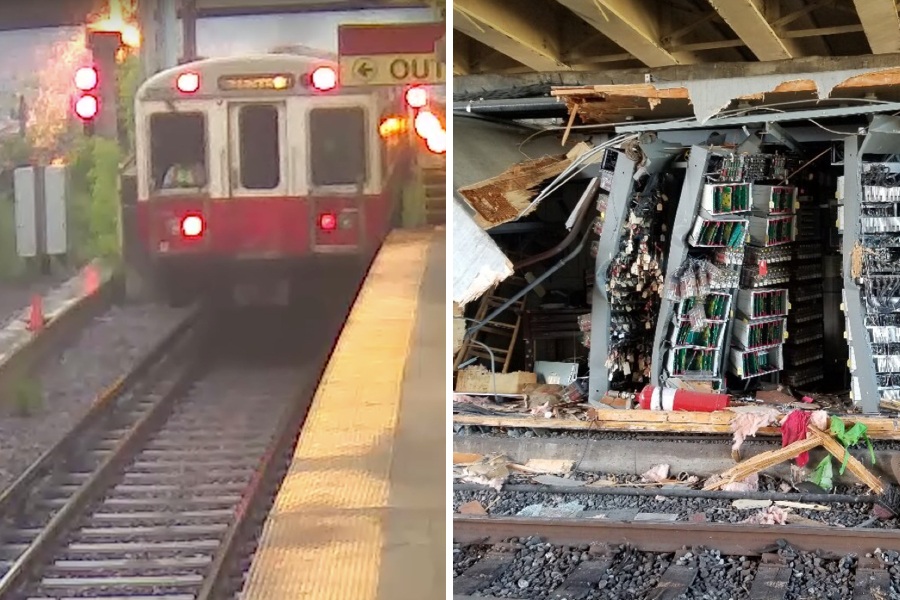 The mystery of what, exactly, caused the derailment that made the Red Line such a nightmare this summer has finally been solved.

In a report released today, the MBTA says it believes a broken axle was to blame for the June 11 mishap, which destroyed much of the Red Line’s signal system at the JFK/UMass stop and has led to slowdowns on the busy train line for months.

Officials said at a Monday meeting that arcs of electricity had damaged a 27-year-old front axle on a train. The axle fractured, causing the train to hop off its tracks. Inspectors apparently failed to notice that coated metal rings designed to keep the axle grounded had become worn down on the train, which led to electrical currents weakening the equipment before it ultimately failed.

“There isn’t any other axle out there exhibiting any cracks or cracks that are beginning to propagate,” Gonneville said, according to the State House News Service.

He also acknowledged the trouble the failure has continued to cause for commuters. “We have impacted a lot of people on the Red Line over the last several months,” Gonneville said. “It is our obligation to make sure this doesn’t happen again.”

Investigators conducted an analysis of the train car involved in the derailment to figure out whether pieces of the aging vehicles might have broken or badly weakened before the incident, and the T said in late August it had the results of a lab test that provided some insights. The T earlier ruled out track infrastructure flaws, foul play, and operator error as possible causes.

Video released in July shows a section of the Red Line train slipping off the tracks as it slid into the station, sending a shower of sparks into the air and causing an off-kilter train car to collide with one of what the T calls its “signal bungalows”—structures packed with vital signal equipment that were located next to the tracks. T maintenance crews have been working to restore the signal systems, and officials have said they expect to see Red Line service return to normal in October.