Even though he was there. 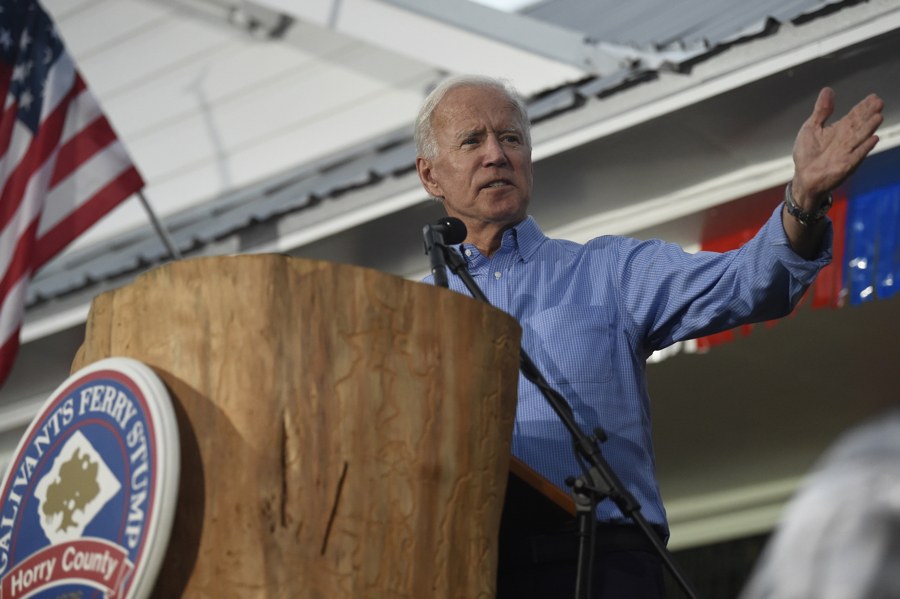 Who could forget the Stop and Shop strike, a massive, 11-day effort that saw more than 30,000 workers in three states walk off the job in search of a better contract, and drew support from local and national politicians alike.

The former vice president, who’s been courting support from unions in his run for president, spaced big time at a labor forum on Tuesday, mistakenly referring to the historic protest as “a Rite-Aid strike.”

“When I went up to the, there was a Rite-Aid strike,” he said at a labor summit in Philadelphia held by the AFL-CIO. “I looked out in that parking lot when I was talking with the folks and I was walking the picket line up in Boston and what happened? I looked out there and I’ll bet you 40 percent of the people there were non-union.”

Biden did in fact show up to support the striking Stop and Shop workers at a rally in Dorchester, giving a speech to hundreds gathered in the parking lot outside one of the stores. Other candidates—Bernie Sanders, Elizabeth Warren, and Pete Buttigieg—also turned out at events during the strike to show their support. But as for who Biden told, “Don’t give up! Keep it going! One job should be enough!” that April day in the rain, the name seems to have escaped him this week.

Joe Biden says he wants to “take back this country” at Stop & Shop strike in Dorchester pic.twitter.com/BuGL566KgN

It’s not the first time some facts have escaped the apparent frontrunner in the Democratic primary, who has been recorded blanking on such things as, apparently, Barack Obama’s name. At the same forum on Tuesday, Biden also seems to have goofed on the number of women who would be aided by a proposed tax credit for childcare, saying it “would put 720 million women back in the workforce,” a figure that’s more than twice the size of the U.S. population.