“Antonio Brown Is Not a Nike Athlete,” Brand Announces

The Patriots wide receiver has lost a big sponsor in the wake of sexual assault allegations. 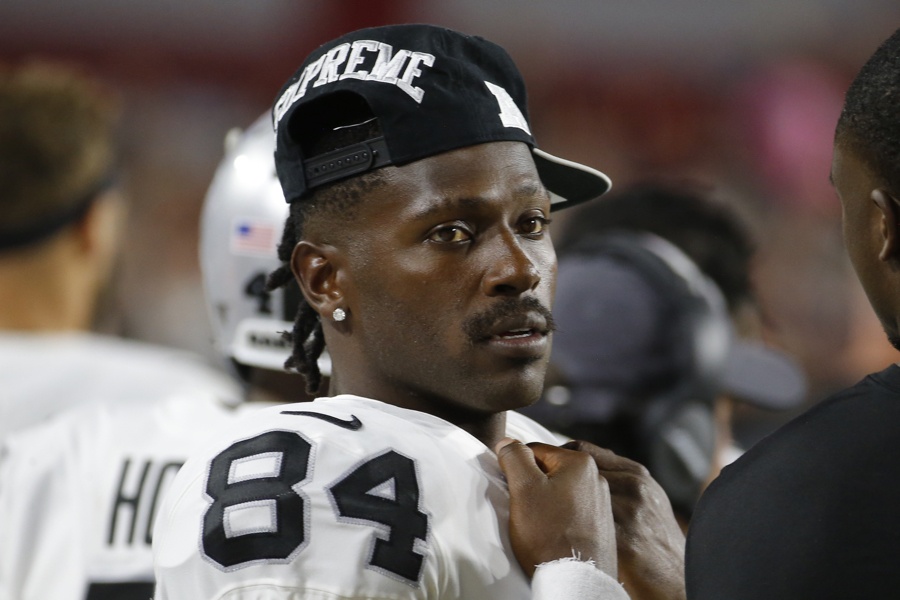 Antonio Brown might still be running routes with Tom Brady and the gang—but he probably won’t be repping any new Nike merch while doing so.

Brown had a major sponsor deal with the famed shoe company, starring in several videos for the brand and designing a custom sneaker, but it seems that their working relationship is now over. A spokesperson from Nike confirmed to the Boston Globe Wednesday night that “Antonio Brown is not a Nike athlete,” and refused to share further details. Brown’s custom shoe has been removed from the Nike website.

The timing of the Nike/Brown breakup suggests that Nike is attempting to distance itself from Brown, who was accused by his former trainer Britney Taylor last week of rape and sexual assault. Taylor says the wide receiver assaulted her twice in 2017, once by exposing himself and kissing her without her consent, and once by ejaculating onto her back as she was watching a church service on her tablet. She also produced text messages as proof of the assault, in which Brown “bragged about the incident to her.” Taylor says that Brown’s behavior escalated in 2018, and that he “forcibly raped her” after a night out in Miami.

After Taylor’s allegations were made public, a report from Sports Illustrated days later—for which over two dozen people connected to Brown were interviewed—depicted further instances of Brown’s bizarre and sexually inappropriate behavior, including an incident in which he exposed himself to an artist he had hired to paint a mural in his house.

Brown has denied all allegations, and the Patriots have thus far retained him on the team after acquiring him on September 7. He made his debut with the team Sunday at Miami, and caught four passes for 56 yards and a touchdown.

In the legal filings, Taylor says that the chaos of Brown’s life was in part due to his inability to balance his many endorsement deals, from brands like Campbell’s Soup, Pepsi, Pizza Hut, AT&T/DirecTV, and Rite Aid, in addition to Nike.

Brown’s deals with Pizza Hut, Pepsi, and Campbell’s Soup have since expired. Xenith, a helmet company that had a deal with Brown, has announced that they too are ending their relationship with the athlete.

The NFL has an active investigation into the allegations.