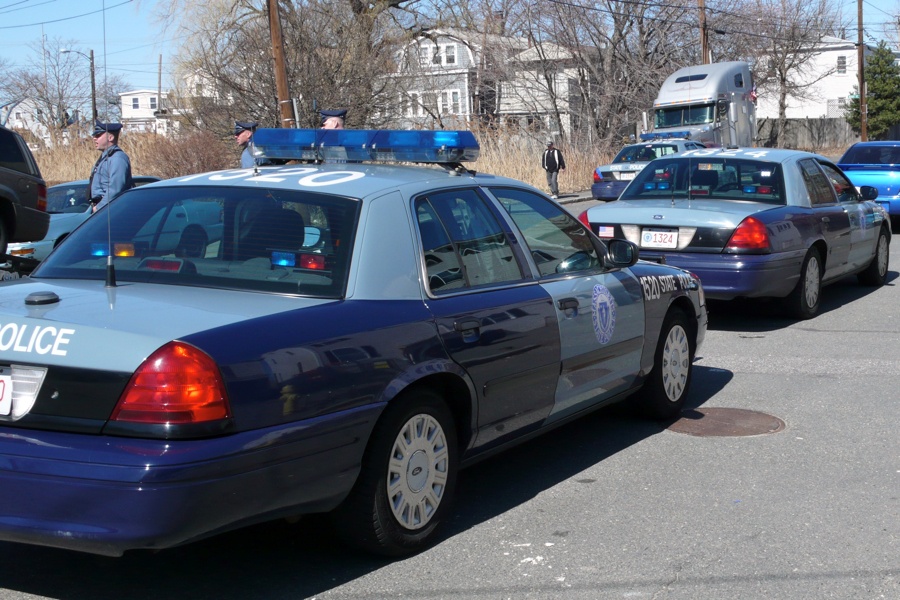 Sheehan had been accused of inappropriately firing a semi-automatic rifle at 28-year-old Randolph resident Aderito Monteiro, who was riding an ATV at the time. Monteiro sustained non-life threatening injuries in the shooting.

In the announcement, Rollins’ office says that Sheehan was the only officer out of 13 who responded to the scene who fired at the suspects, and that he grabbed the rifle “from his cruiser just prior to the encounter,” choosing ” to fire that semi-automatic weapon and not the handgun that he and all officers carry on their hip.” As part of the probe into the shooting, the announcement says, investigators discovered that one of the bullets entered the side of the ATV, suggesting the vehicle was not headed in Sheehan’s direction and that the driver did not pose “imminent danger that would permit the use [of] potentially deadly force in self-defense.”

“Every day I have the honor of working with law enforcement officers who uphold the law and keep our communities safe,’’ Rollins said in a statement. “Members of law enforcement have a special role in society and overwhelmingly, these officers serve with distinction, courage and compassion for the communities they protect. Unfortunately, there are a small number whose actions are unacceptable and, as we allege here, criminal.”

Sheehan was previously suspended without pay after he was linked to disturbing messages posted to the website MassCops. Using the pseudonym “Big Irish,” he allegedly provided racist commentary on crime and seemed gleeful about the deaths of people at the hands of police. “I guess this POS won’t be heading to the pols in November to vote and keep his EBT card,” he once allegedly wrote about a man killed in a police shooting. In another message linked to him, he allegedly wrote: “You try and run us over and you will die!!!! Good shoot ALL DAY LONG!!!!!!!”

Sheehan was also caught up in the State Police fraud scandal, named among troopers under investigation for allegedly falsifying records to rake in extra overtime pay.

He is set to be arraigned on October 10.