Newton to Boston College: Give Us Our Woods Back 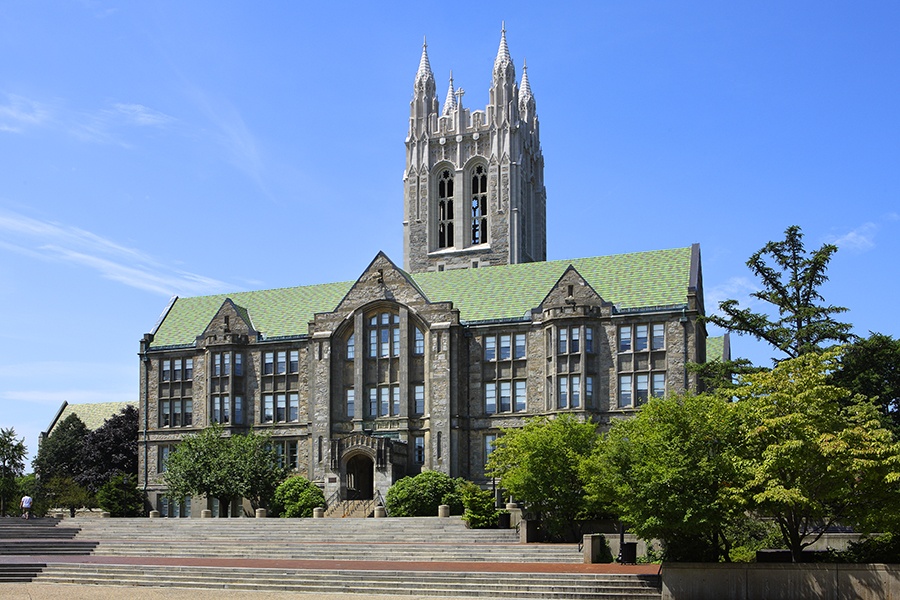 Bad news, Boston College: With clear disregard for the lyrics of your fight song, the mayor of Newton says the Webster Woods are decidedly not “For Boston.”

In a move that seems to be igniting a Chestnut Hill turf war, Newton mayor Ruthanne Fuller has said she will push for the town to acquire through eminent domain approximately 17 acres of Webster Woods that currently belong to BC. The university purchased the woodland, located at 300 Hammond Pond Parkway, from Congregation Mishkan Tefila in 2016 for $20 million.

“They see this land as critical to their future, but we know it is critical to ours,” Mayor Ruthanne Fuller said in a statement Wednesday.

The Webster Woods are an excellent place for “walking, jogging, nature study, geology study, birding, rock climbing, and cross-country skiing,” according to the Newton Conservators. The land, which is connected to the largest open public space in Newton, features a vernal pool and notable outcroppings of Roxbury puddingstone, Massachusetts’ official state rock.

Fuller hopes to work with the Community Preservation Committee, the Conservation Commission, and the City Council to preserve the woodland. She has been focused on acquiring the land since she took office in January 2018, and has been in conversation with BC about the matter for over a year.

While Fuller says she is still open to reaching a mutual agreement with the university, she plans to turn now to eminent domain to acquire the Webster Woods. She has already approached the Community Preservation Committee for funding, and plans to make a formal request in the coming weeks.

BC isn’t too happy about Fuller’s move. “We are disappointed that Mayor Fuller has made this unfortunate decision, which we intend to oppose to the fullest extent possible using all legal avenues,” Jack Dunn, a spokesman for the university, told the Boston Globe.

Dunn says that the university has not proposed any plans to develop Webster Woods. Elsewhere on campus, though, BC is pursuing a number of construction projects, including a 150,000-square-foot science facility and a 31,000-square-foot indoor baseball and softball facility. BC also completed the “Pine Tree Preserve,” a four-acre wooded area at the corner of campus featuring pedestrian walkways, park benches, and lighting, this summer.

Correction: This story initially indicated that Boston College had plans to develop the land. It does not.