"I’m glad it was just a close encounter," the photographer says. 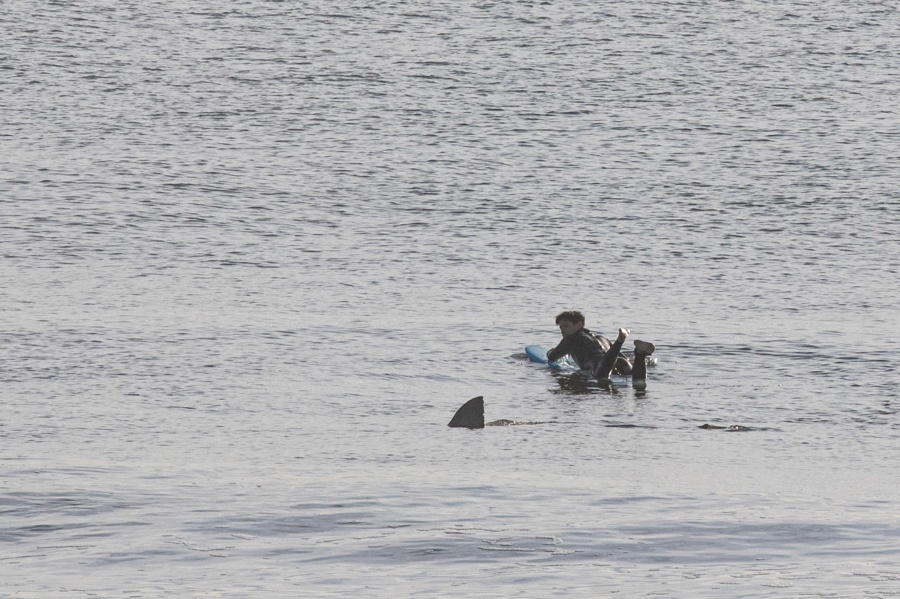 A photographer posted up at Nauset Beach off Cape Cod early Friday morning had hoped to get some shots of waves rolling in before heading to work, when a disturbance in the water near a surfer caught his eye.

“I saw something appeared right near him and thought at first that it was his surfboard leash,” says Joe Mault, owner of the store Orleans Camera and Video. “Then a fin popped up, and it was very evident what was going on.”

In a photo Mault snapped, a surfer can be seen belly-down on a surfboard looking nervously over his shoulder at the sight just a few feet behind him: the unmistakable fin of a shark.

The surfer made it out of the run-in unscathed, and quickly made his way back to shore. “He quickly noticed it. It didn’t take anybody on the beach to notify him what was going on,” Mault says, adding that the surfer was “a little excited” when he got back to dry land, and maybe a little disappointed. “It kind of changed the rest of his day,” Mault says. “He thought he was gonna be surfing for a while.”

Mault shared his photo with the town of Orleans, which posted it as a warning about the threat the predators still pose despite the arrival of crisp autumn air. “A reminder to all beachgoers, as we continue into peak season for white shark activity,” the town’s Department of Public Works and Natural Resources wrote on Facebook. “At 8:00 AM on Friday 9/20, there was a near encounter with a white shark and a surfer off Nauset Beach. Please remain vigilant.”

Says Mault: “I’m glad it was just a close encounter.”