Wayfair Is Backtracking on CEO’s Comment about “Non-Political” Employees

Niraj Shah's statements at a Boston panel on Thursday had plenty scratching their heads. 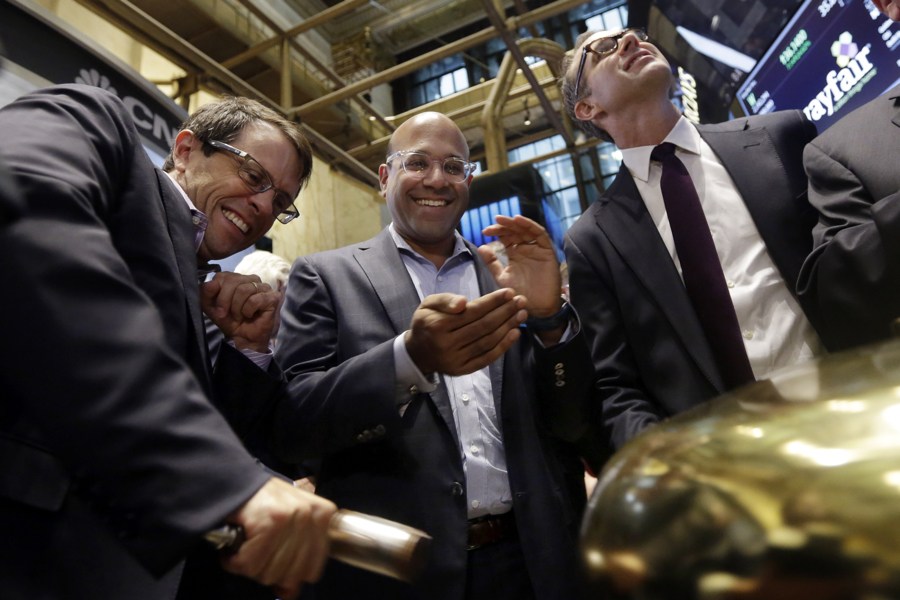 Was it an unguarded crack at all those protesters who stormed out of Wayfair’s Boston office this summer? Just an unfortunate slip of the tongue?

Wayfair is working damage control this week after a comment from CEO Niraj Shah during a panel at the Fairmont Copley Plaza hotel seemed to suggest the company was prioritizing “non-political” potential hires as it builds its rapidly expanding furniture empire.

Responding to a question about how it picks new employees, Shah had this to say, according to a report from the Boston Business Journal:

“We’re generally just looking for people on two sets of criteria. One, it’s just that … they’re incredibly talented. They’re intelligent, quantitative. Just that we think they have the raw material to really succeed and we feel confident,” Shah said. “The second thing we look for — equally important — is the cultural fit. So we’re bringing in non-political, you know, highly collaborative, just very driven and ambitious. There’s a whole lot of cultural values that we think are important while we succeeded.”

“We only hire (those candidates) who have these two sets; both kinds of traits for success,” Shah continued. “When we get people to do it, they tend to succeed a lot in the company … Whenever they don’t work out, you can usually track them back to one of those core criteria.”

Considering the deluge of media coverage that came after hundreds of Wayfair’s young workers left work and gathered in Copley Square to protest the company’s contract with a child detention facility at the border—and the hit Wayfair’s stock took in the fallout—you could imagine how a CEO might be longing for a staff that’s “non-political,” or in other words, willing to look the other way.

That’s certainly the impression at least some in the audience got. But hours after the turn of phrase made its way into the BBJ, Wayfair fired back, saying his words had been “misinterpreted.” In fact, Wayfair said in a statement published by the outlet, what Shah meant was that he seeks employees that are “non-political” in that they’re able to get along with others and aren’t interested in playing office politics. “He was in no way referring to politics at large,” the statement reads.

Still, a curious turn of phrase, to be sure, and probably the exact wrong one to use if you’re running a major retailer that now employs a small army of 20- and 30-somethings in this city who are evidently extremely motivated to participate in politics these days.