The Fenway hotel's owners say the similar-sounding name links it to the Hard Rock's "glitzy and inauthentic" brand. 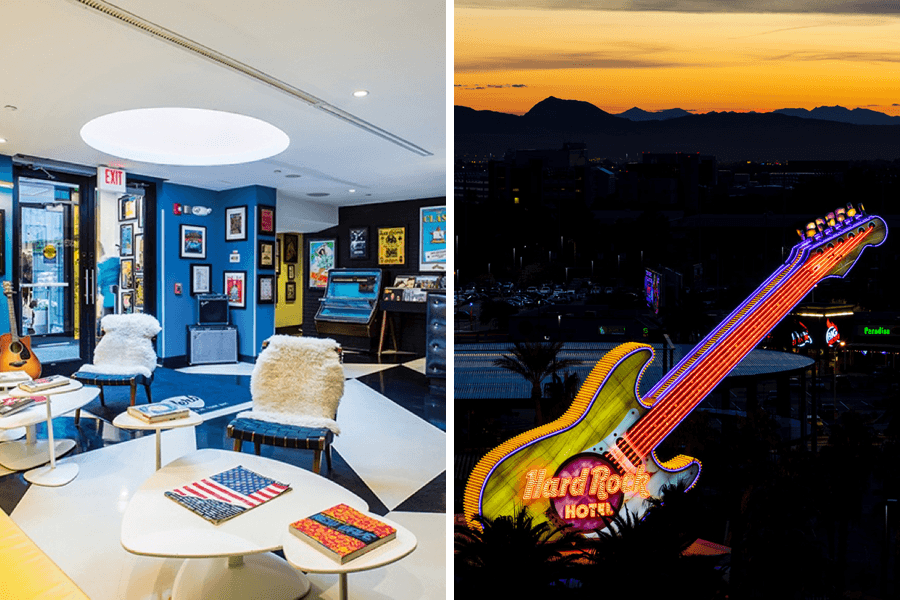 There are few outlets for shade quite like a lawsuit, and it looks like the Verb Hotel did not waste the opportunity this week, when its public dispute with the Hard Rock Cafe took a new turn.

In a lawsuit filed on Monday and publicized by UniversalHub, the trendy boutique Fenway hotel alleges that the hotel, restaurant, and casino company is ripping off its brand, and it pulls zero punches, slamming the Hard Rock franchise as “glitzy,” “overstated,” and “inauthentic.”

The Verb opposes Hard Rock’s plans to open dozens of spinoff hotels geared toward younger guests called “Reverb,” the first of which is slated to open in downtown Atlanta. It alleges the company stole the acclaimed five-year-old Boston hotel’s name, and will thereby tarnish its reputation as “a unique, authentic, retro hotel.” So it’s seeking an injunction, as well as damages.

“Consumers looking to stay at a music-inspired hotel are likely to mistakenly associate the Verb with the Reverb hotels, or mistakenly believe that the Verb hotel is somehow associated with the glitzy and inauthentic experiences synonymous with the Hard Rock brand,” the lawsuit reads, adding that Hard Rock is “generally associated with glitzy, overstated, chain hotels with Hard Rock merchandise gifts shops that convey an inauthentic experience.”

A spokeswoman for Hard Rock International says it “does not comment on pending litigation,” but the company told the Boston Globe in May that it denies the Verb’s allegations.

The Verb definitely invites comparisons to the Hard Rock franchise. Both, after all, have a rock-and-roll theme, reflected in décor that goes heavy on the instruments and memorabilia. But the two couldn’t be more different. The Verb has branded itself as hip, chic, and true to the city’s musical past—and as far as hotels in this city go, it’s small and intimate. It pays homage to the city’s music scene, featuring local touches like framed covers of the Boston Phoenix, and both its lodging and the bar it shares space with are frequently listed—in this magazine and elsewhere—as among the city’s best. The Hard Rock goes in a decidedly different direction: The lawsuit notes that one of Hard Rock’s upcoming projects is a giant hotel in Florida shaped like a guitar, which the Miami Herald recently called “a monstrosity that has offended nature itself,” and also flagged a 2014 quip from Globe columnist Shirley Leung that the Hard Rock offers “a brand of rock-and-roll nostalgia that is as authentic as Milli Vanilli.”

The Verb has a trademark on the name “verb” for hotel services, and believes that because the name is derived from “reverb”— a term used to describe an echoey effect often applied to guitars—it has a claim to that word as well. It also notes that it has held live music events at its hotel called “Reverb from the Roof” during the Boston Music Awards.

It has a reason to make a big deal out of this. The Verb says it plans to take its show on the road, and open a series of hotels like its one in Boston, but catered to different cities’ music scenes.

When it comes to which of the two is, well, cooler, there’s really no contest here. So now, as a trademark dispute between this David and Goliath of the music-inspired hospitality industry continues, the Verb apparently wants to make that abundantly clear.