Alex Jones Says Brianna Wu Defamed Him in a Tweet

He's suing her for libel over a tweet, and seeks a "jury trail." 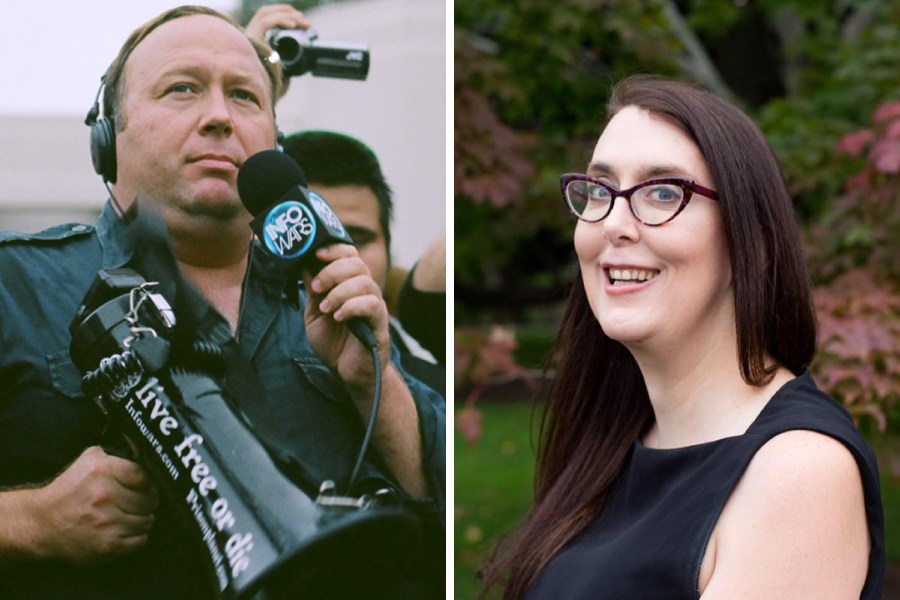 InfoWars conspiracy theorist Alex Jones, who has been banished from much of the internet but remains in the news thanks to several ongoing lawsuits, says he’s suing Massachusetts Congressional candidate Brianna Wu for defamation.

The accusation stems from a June 17 tweet in which Wu suggested Jones had sent child pornography to the parents of children killed in the Sandy Hook school shooting. Her tweet linked to a story in the Connecticut Post, which reported that a trove of documents Jones produced as part of his legal battle with the parents included the illegal images, which the parents turned over to the FBI. It also reported that Jones made threatening statements referring to the parents’ lawyer. “This is shocking, even by Alex Jones standards,” Wu wrote in the tweet. “He didn’t just send child porn to the #SandyHook families, he threatened to murder them on the air.”

Jones claims the FBI has determined the images were sent maliciously via email to Jones without his knowledge, and that neither Jones nor anyone else had viewed them (the FBI told the Daily Beast in June that it can’t confirm or deny investigations). He is apparently offering a $1 million reward for information about whoever is responsible.

The lawsuit filed in Texas on Wednesday names Wu, as well as Cenk Uygur, of the news outlet the Young Turks, and Mark Follman, of the magazine Mother Jones. It seeks damages and a “jury trail [sic].”

“The Defendants launched a campaign of lies and libels against their media competitor and ideological opponent, Alex Jones,” Jones’ lawyer Robert Barnes writes in the complaint. “Defendants virally spread one of the worst smears that can be spread about anyone: accusing someone of one of the most infamous federal felony crimes, even though defendant knew Jones was actually the victim of that crime.”

In a video statement on the InfoWars website, Barnes adds: “The days of sitting back and taking it are over. The days of fighting back are here because that’s what’s necessary to preserve a free press, a true free press in America moving forward.”

The suit also names video producer Andrew Kimmel, formerly of Buzzfeed, but does not explain why (even Kimmel appears to be confused).

She declined to comment on an ongoing legal matter, but said she hadn’t been served as of Thursday afternoon. In a statement posted on Twitter Thursday, she called the lawsuit “a serious distraction from the issues the people of Massachusetts district 8 desperately need solved” and vowed to “stop fringe extremists from hijacking our democracy.”

My campaign statement on the Alex Jones lawsuit against me for defamation: pic.twitter.com/aCXgxElD9T

She noted that Jones is himself the target of an ongoing, high-profile defamation lawsuit filed by the Sandy Hook families over his promotion of the idea that the 2012 massacre in which 20 children and one teacher were killed was a hoax. “If the families of Sandy Hook can stand up to Alex Jones,” she writes, “I can too.”

Jones has also been sued by a Worcester man who InfoWars mistakenly identified as the Parkland shooter.