He compared a new policy for donors to the 13th Amendment. 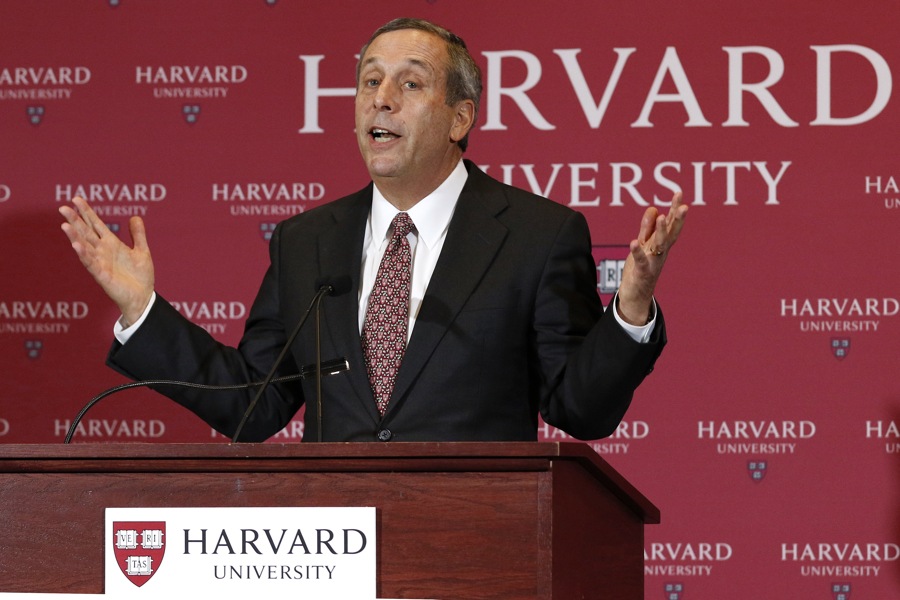 Harvard’s newish President Lawrence Bacow is already under the gun here when it comes to both fundraising (see: Epstein, Jeffrey) and the university’s relationship with the history of slaves and slavery. So it’s hard to overstate the misstep he made in a speech last week.

According to the Boston Globe, Bacow was speaking to a group of alumni when he made a curious analogy to describe a new policy on donors, which freed up alums to give money to Harvard schools they did not attend, likening it to the amendment that freed the slaves. The Globe, citing people who were at the meeting, reports that Bacow “suggested Tuesday that just as the 13th Amendment banned the ownership of African-Americans, Harvard’s individual schools could no longer ‘own’ their specific wealthy graduates.”

He is now apologizing for those remarks, which colleagues pointed out were pretty “tone deaf” for the head of a major university, especially considering the people who were the “slaves” in that metaphor were fabulously wealthy Harvard donors, perhaps the least slave-like people imaginable.

“I regret that these comments caused offense. That certainly was not my intent,” Bacow wrote in an apologetic internal email over the weekend, the Harvard Crimson reports. “I hoped to convey my belief that our collective job is to help our donors achieve their philanthropic objectives, which might include supporting activities in schools where they enjoyed no prior affiliation.”

Questions about how Harvard should handle its donors are especially front-and-center this year. Earlier this month, Bacow said he “profoundly regret[s] Harvard’s past association with” Jeffrey Epstein, the disgraced financier and convicted sex offender who gave some $9 million to the university over the years.

The ways in which donations grease the skids for applicants at Harvard and other elite institutions have also come under scrutiny, as have admissions for athletes, legacy students, “dean’s interest” students,” and children of faculty. A study published this month found that as many as three out of four so-called “ALDC admits” wouldn’t have made it in were it not for what Mother Jones’ Kevin Drum describes as “affirmative action for white kids.”

In 2016, the Harvard Law School removed a shield that paid tribute to a family of slaveowners, and in 2017, Harvard unveiled a new monument in recognition of the fact that the money used to build its law school came largely from slave labor. The school is also in the midst of a high-profile lawsuit that claims it is improperly profiting from the use of photographs of slaves without their family’s permission.