In leaked audio, he forecasts "a major lawsuit" would follow if Warren makes good on her threats. 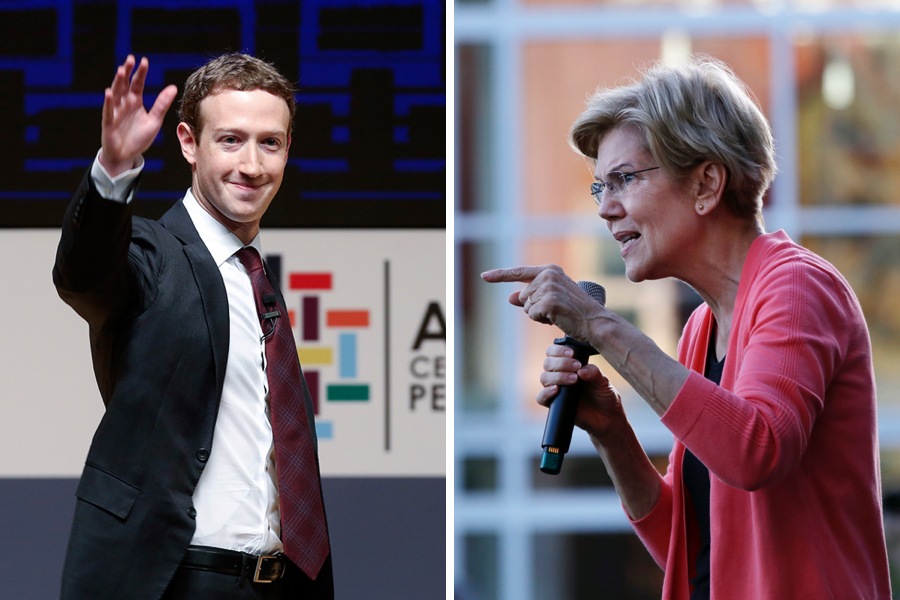 If any of the politicians who say it’s time to break up Facebook—among them Elizabeth Warren—make good on that threat, Mark Zuckerberg says he plans to sue.

That’s according to leaked audio from July meetings with employees released by The Verge on Tuesday. The tapes include some candid reactions from the Facebook CEO about the many threats the powerful company is facing amid backlash to its growing influence on public discourse and user security. In a back and forth during the meetings, he was asked specifically about Warren, who has outlined a plan to break up Facebook, Amazon, and Google.

“If she gets elected president, then I would bet that we will have a legal challenge, and I would bet that we will win the challenge,” he says on the tape. “And does that still suck for us? Yeah. I mean, I don’t want to have a major lawsuit against our own government.” He adds, “If someone’s going to try to threaten something that existential, you go to the mat and you fight.”

Warren made the case back in March for a shakeup at the big three technology companies in a post on Medium. It includes legislation that would designate Facebook a “platform utility,” which would limit what other kinds of companies it’s allowed to control, and force Facebook to undo its acquisition of rivals Instagram and WhatsApp. She says snatching up those companies stifled competition and removed an incentive for Facebook to improve user security and fix other “glaring problems.”

Vermont Sen. Bernie Sanders has also said he would seek to break up the companies, and other Democrats vying for the party’s nomination for president have said they are considering the possibility.

Chris Hughes, who helped Zuckerberg found Facebook when both were Harvard undergrads, has also called for the company to be broken up.

You can read Zuckerberg’s full response here, as transcribed by the Verge.

The senator responded on Twitter to Zuckerberg’s comments that a legal battle with a Warren administration would “suck,” saying, “What would really ‘suck’ is if we don’t fix a corrupt system that lets giant companies like Facebook engage in illegal anticompetitive practices.”

What would really “suck” is if we don’t fix a corrupt system that lets giant companies like Facebook engage in illegal anticompetitive practices, stomp on consumer privacy rights, and repeatedly fumble their responsibility to protect our democracy. https://t.co/rI0v55KKAi