What’s Up with the Patriots and Shaving Brands?

Starting with late ’80s owner Robert Kiam and his Remington razors, the Patriots have a history with popular shaving brands. 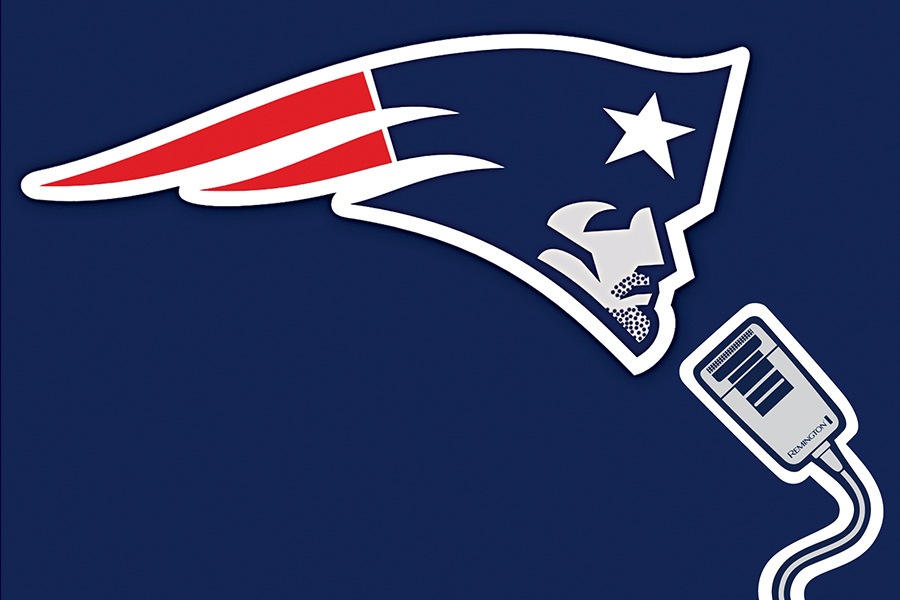 I was talking to my friend the other day about how the New England Patriots used to be terrible, especially under owner Victor Kiam, who once owned the Remington razor company. That got me thinking about Gillette Stadium: What is it with our Pats and shaving brands? —T.S., Newton

Your idle thought piqued my interest, T.S., because it is indeed odd that a team filled with men sporting bushy and bad facial hair would be so associated with razors. Leaving aside the bloody nicks I suffered as a teen back in the 1980s, researching Patriots history from this time unfortunately sent me down a painful memory lane.

After all, few eras in local sports history have been more excruciating than Victor Kiam’s ownership of the Pats in the late ’80s and early ’90s. Back then, Kiam was famous for his Remington TV commercials, in which he proclaimed that he was so impressed with the electric razor as a customer that he bought the company. At the time, he touted the promotional synergy of smooth skin and pigskins: “The team will never be known as the Remington Shavers, but I could see possibly using some of the players to promote the product.” Indeed, on YouTube you can still watch a Remington ad featuring a towel-clad Doug Flutie and Kiam as they chat about shaving. Dear me, we were a long way from Tom Brady donning Ugg slippers and Movado watches.

We were also a long way from watching a palatable squad. Starting from his purchase date of October 28, 1988, Kiam’s Patsies (as the rest of NFL nation called them) had an execrable record of 18 wins and 38 losses, including a 1–15 season in 1990. Then there was the scandal involving Boston Herald reporter Lisa Olson, who was sexually harassed by players in the locker room and ended up suing the team after an unrepentant Kiam belittled her complaints. The case was settled, and come the 1992 season, Kiam was gone.

The emollient to all of this razor burn is that Kiam never owned the playing field, outbid in 1988 by an investor team led by none other than Robert Kraft, who loved the Pats so much he bought the stadium first. Now owner of the second-most-valuable team in the league (albeit scandal-ridden of late) and winner of six Super Bowls, Kraft has rebuilt his original investment into the entertainment colossus of Patriot Place. Top razor brand Gillette, of course, is paying hundreds of millions in naming rights to the stadium through 2031. While most likely just a coincidence, the razor theme is probably one of the only things today’s über-Patriots have in common with the Patsies.