The English folk singer is in town for a series of sold out shows at the Sinclair. 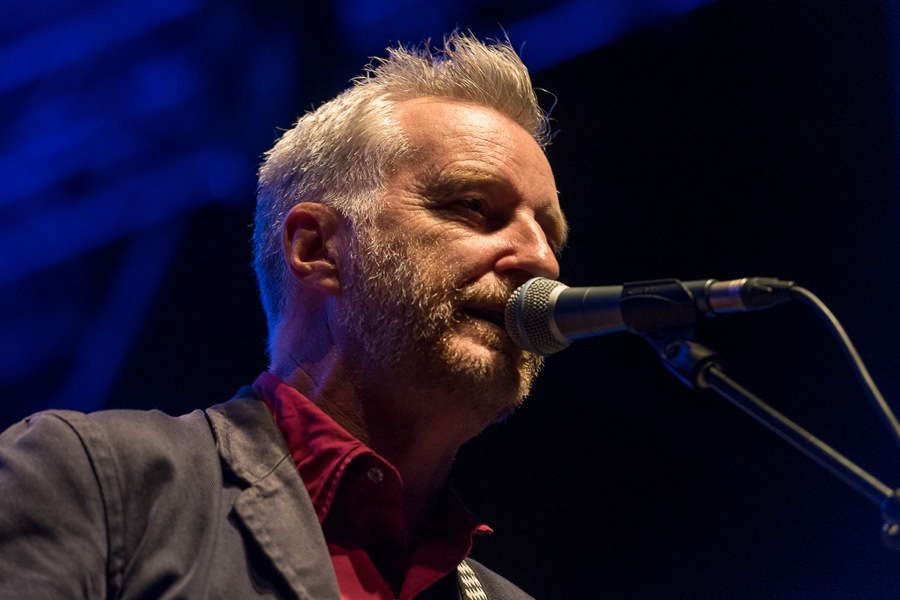 Hoping to make a big statement to mark the one-month anniversary of their decision to go on strike, workers at Boston’s Battery Wharf Hotel are planning what they call their “largest rally to date” on Friday, featuring an appearance from English activist and folk singer Billy Bragg.

Bragg, who has made advocating for unions and workers’ rights a focus of his music career for decades, will join the 75 hospitality and food service staff who walked off the job on September 5 after months of failed contract negotiations. Members have been staging pickets for 12 hours each day, waving signs reading “One Job Should Be Enough.”

Bragg will be the “finale” at the rally, which will run from 4:30 to 6 p.m. outside the hotel on Friday, October 4, and will be playing “a few songs,” a union spokeswoman says.

If you’re in the Boston area on Friday afternoon, I’ll be playing a few songs on the picket line outside the Battery Wharf Hotel. Rally starts at 4.30pm #1job #1u https://t.co/AcouKe6eyK

Bragg, 61, is in town for three sold-out shows at the Sinclair in Cambridge, and on Tuesday night gave a talk about his book The Three Dimensions of Freedom at the Cambridge Public Library.

In an emailed statement, he says he’s following in the footsteps of protest singer Woody Guthrie, who he says was often “found in union halls and on picket lines, playing in solidarity with those involved in the struggle for a fairer society.”

“The strike at the Battery Wharf Hotel goes to the very heart of the problems in our society,” Bragg says. “Working people feel they no longer have any agency over their lives. The precarious nature of the employment market has made it harder to afford housing and raise a family. The remedy to this situation is to give people security in their employment. Instead, employers at the Battery Wharf Hotel in Boston are seeking to freeze wages, end union medical coverage and halt pension contributions.”

Unite Here Local 26, which represents workers at 32 hotels in Boston, says it was not satisfied with its first negotiation session last week with Westmont Hospitality Group, the Canadian company that operates the 150-room hotel. Battery Wharf, Unite Here points out, is the city’s only full-service union hotel that has not agreed to its terms on job security, health care, sexual harassment protections, a program that encourages hiring a more diverse staff, and other provisions. A strike at seven Marriott hotels in Boston in 2018 lasted 46 days.

Friday’s rally comes as pressure has been ramping up on the hotel, which the Boston Globe reports has been fielding complaints from both guests and residents in the building’s luxury condos about being harassed for crossing the union’s picket line.

This post has been updated to correct the number of hotels with workers represented by Unite Here Local 26.