The Bruins’ New Anthem Singer Serves Up Both Arias and Beer

The Bruins have announced their first official anthem singer since Rene Rancourt's retirement—Todd Angilly, who has worked at TD for 20 years. 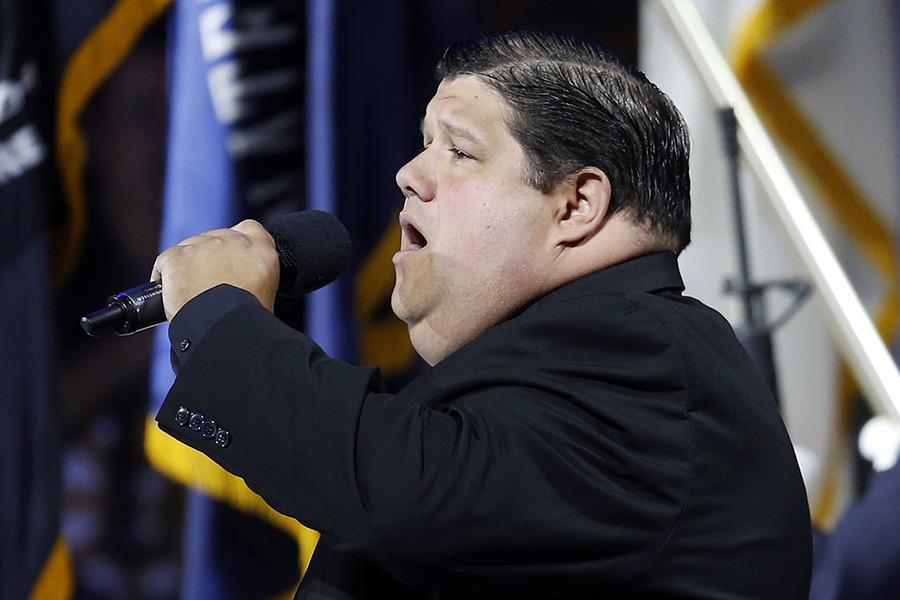 Todd Angilly may have just landed a new gig as the Bruins’ official anthem singer—but it’s safe to say he’s not going to need anyone to help show him around his new workspace.

Angilly, a Warwick native who currently lives in Lynnfield, has worked at the Garden for 20 years. By day, he’s a probation officer, but by night, he tends bar within the stadium’s confines at the SportsDeck, taking a quick break before the game begins to get out on the ice and sing. By the time the puck drops, he’s already making his way back to the bar.

If you went to a Bruins game last year, there’s a good chance you’ve heard Angilly’s rendition of the Star-Spangled Banner. The New England Conservatory-trained opera singer has performed for all five of Boston’s professional sports teams, and he successfully auditioned to be one of the rotating anthem singers for the Bruins last year, after Rene Rancourt concluded his 42-year tenure in the role. Last year, Angilly sang the anthem at 16 games at TD Garden, performing at each home game throughout the Bruins’ playoff run to the Stanley Cup Final.

Angilly’s initial big break is straight out of a music kid’s daydream. In November 2017, the Bruins were facing off against the Vegas Golden Knights, and the scheduled anthem singer was suddenly unable to make it to TD Garden. Angilly stepped in to save the day, and with that, an anthem-singing star was born.

How does he get it all done? Angilly let NBC Sports in on the jam-packed game day schedule he followed last year. Three hours before game time, Angilly clocks out of his probation officer gig and arrives to help his co-workers set up his bar. 30-45 minutes before game time, he heads to the bathroom, where he changes into a coat and tie (in Bruins black and gold, naturally). No, he doesn’t want his own dressing room—he says part of the fun is the pump-up talks he gets from bathroom strangers who recognize him. Finally, he makes his way out to the ice, belts out the anthem, and then hustles to the elevator, so he can resume his post slinging drinks.

“It’s kind of a running joke in the bar: The other two guys know that these days they’re not going to get much work out of me because people want pictures and they want to talk to me,” Angilly told boston.com. “I try to do my best to pull my weight.”

Several anthem singers throughout NHL history have reached icon status, from Montreal’s Roger Doucet to St. Louis’s Charles Glenn. Will Angilly go down in history alongside them? Maybe. One thing’s for sure, though—you won’t catch him trying to step into Rene Rancourt’s shoes.

“People are saying ‘Are you going to do the fist bump?’,” Angilly told NBC Sports, referencing Rancourt’s signature post-anthem move. “But I said ‘No, absolutely not.’ Because that was’s Rene’s thing. Out of respect and admiration, I want to let that be his legacy.”