What You Need to Know about Richard Neal’s Whistleblower Investigation

Can the Massachusetts representative steal the spotlight from Adam Schiff? 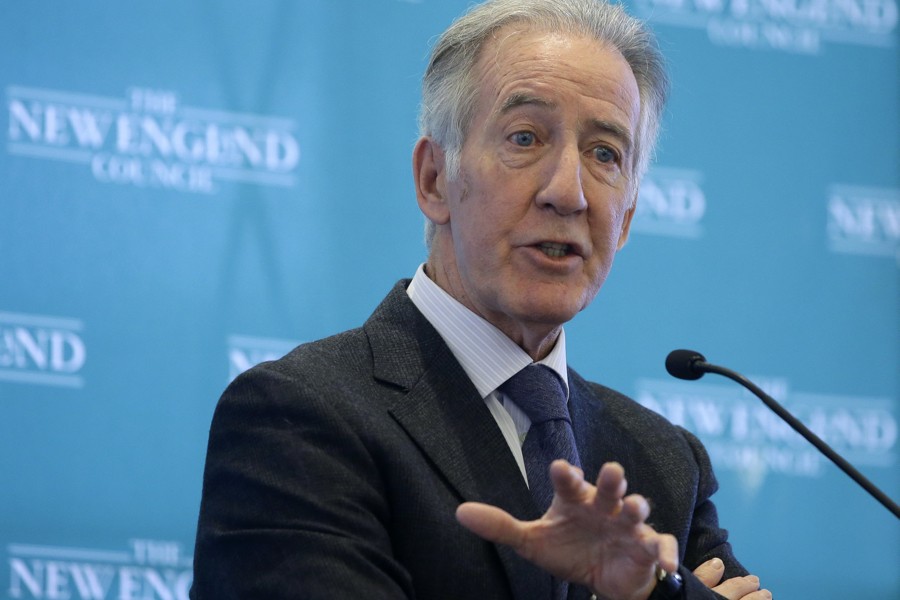 By now, you’re probably pretty familiar with the story of the whistleblower who brought some pretty explosive allegations to light last week—that President Donald Trump pressured the president of Ukraine over the phone to investigate his political rival Joe Biden and Biden’s son, Hunter. The news rocked the nation, pushed even the most cautious of our state lawmakers over the edge on the issue of whether or not to impeach, and triggered an official impeachment inquiry into the president.

However, in all the excitement over that whistleblower’s revelations, a second story has gone relatively unnoticed—namely, another whistleblower, with a separate but similarly serious complaint about potential corruption within the Trump administration. This whistleblower complaint, which alleges that the IRS’s audit into Trump’s tax returns has somehow been meddled with, was sent to the House Ways and Means Committee, headed by Mass. Rep. Richard Neal. What exactly is this other whistleblower alleging? And what is Neal going to do? Here’s what we know.

Who is this whistleblower?

All we know is that they’re a career IRS official. Neal seems to be carefully safeguarding this person’s identity, and his hands are also somewhat tied by the strict privacy laws surrounding anything involving tax returns.

“Anyone who knows me knows I would not hesitate to do the same, as would most career IRS public servants, regardless of any political preference,” he said. “I take very seriously the duty of career civil servants to act with integrity and perform our duties impartially, even at the risk that someone will make a charge of bias.”

What does the complaint say?

Unlike the intelligence whistleblower complaint, the tax whistleblower complaint has not been made public, so we don’t have a lot of information on what exactly it contains. However, Neal said in a letter to Treasury Secretary Steve Mnuchin (more on that later) that the complaint includes “credible” allegations of “evidence of possible misconduct” when it comes to the audit of Trump or Pence’s taxes. More specifically, Neal says the complaint outlines potential “inappropriate efforts to influence” the audit.

“This is a grave charge that appreciably heightens the Committee’s concerns about the absence of appropriate safeguards as part of the mandatory audit program and whether statutory codification of such program or other remedial, legislative measures are warranted,” Neal wrote.

Additionally, the Washington Post reports that the whistleblower alleges it was at least one Treasury Department official who interfered in the audit process.

The Post reporting also clarifies that the complaint is based upon something that the IRS official was told occurred, rather than witnessed directly—thus, the accusations from the right that this is merely hearsay.

Ever since the 1970s, when Congress caught Richard Nixon underpaying his taxes, the IRS has automatically audited the president and vice president yearly, making details like their income, charitable donations, and paid taxes public.

However, the audits have never really been a big deal. Since the Nixon era, every president and vice president have released their tax returns publicly, so if there was any shady behavior to be found, it certainly wouldn’t go unnoticed.

Trump, though, departed from precedent and kept his tax returns confidential. That means that this auditing process—which, again, the whistleblower is saying was compromised—is the only way to uncover the details of where his income is coming from, whom he’s paying, and what his taxes are.

The complaint could also be about Pence. Pence revealed his tax returns through 2015 during the 2016 campaign season, but has not made any tax returns public since taking office.

That sounds like a big deal. So why does it seem like no one’s paying attention to this?

Over the past few days, we’ve been inundated with stories about the intelligence whistleblower, with relatively little said about the tax whistleblower. This can largely be attributed to the different strategies the whistleblowers used when filing their complaints.

The intelligence whistleblower went first to the Intelligence Community Inspector General Michael Atkinson. After deeming the allegations in the complaint credible, Atkinson told Congress about it. While Director of National Intelligence Joseph Maguire initially resisted releasing the full text of the complaint, House Intelligence Committee Chairman Adam Schiff quickly issued a subpoena to acquire it, and the document was eventually declassified and made public.

The tax whistleblower, in contrast, went to the House Ways and Means Committee directly. This is where Neal, chair of the committee, comes in. Neal has proceeded with more caution than Schiff, and chose to fold the whistleblower’s complaint into the broader lawsuit the House Counsel filed in July to obtain Trump’s tax returns, which is how the complaint initially came to light.

While Schiff has been very vocal about the intelligence whistleblower, tweeting frequently and making appearances on 60 Minutes and multiple news stations, Neal has done nothing of the sort. Rather than turning to reporters, Neal simply offered to privately brief a U.S. District Court judge about the matter. He has only offered terse remarks to reporters, and has withheld details of the complaint even from other members of the House Ways and Means committee. The complaint has not been made public, and the few details that have emerged are sparse.

Responses from those who have learned about the complaint have also been divided, which has possibly further suppressed the story. The Post reported that two administration officials accused the whistleblower of having political motivations. However, Democrats regard the complaint as an important, credible, and serious allegation.

When did this happen?

July 29: The House Ways and Means Committee, headed by Neal, receives an unsolicited tip from a federal employee who says there were attempts to influence the audit program. The whistleblower also sent the tip to Chuck Grassley, head of the Republicans’ tax committee, and the Treasury Department Inspector General for Tax Administration.

August 8: Neal sends a letter to Steve Mnuchin calling the tip a “grave charge” and asking for a rolling production of documents. Mnuchin refused to cooperate, and instead forwarded the message to the Inspector General.

September 24: Based on the intelligence whistleblower’s complaint, Nancy Pelosi announces the opening of an impeachment inquiry into the president.

October 3: The Washington Post reveals that the whistleblower is a career IRS official and that the alleged wrongdoing was by a Treasury Department official.

Where are we now?

Neal announced Tuesday that the Ways and Means Committee is attempting to interview the whistleblower. He is also reportedly consulting with legal counsel to determine whether or not to release the complaint publicly.

In the meantime, the legal battle for Trump’s tax returns is heating up. Part of the lawsuit involves how the IRS conducts its annual presidential and vice-presidential audits, so it seems that the whistleblower complaint could easily emerge in court—but, in keeping with the way he’s handled the complaint so far, Neal is staying tight-lipped.

“It’s hard to say at this point,” he said to reporters, when asked whether the complaint could impact his lawsuit. “As it makes its way through the federal court system, there will be opportunities to make that assessment a little bit later.”