Kanter was confronted by Erdogan supporters outside a Cambridge mosque last week. 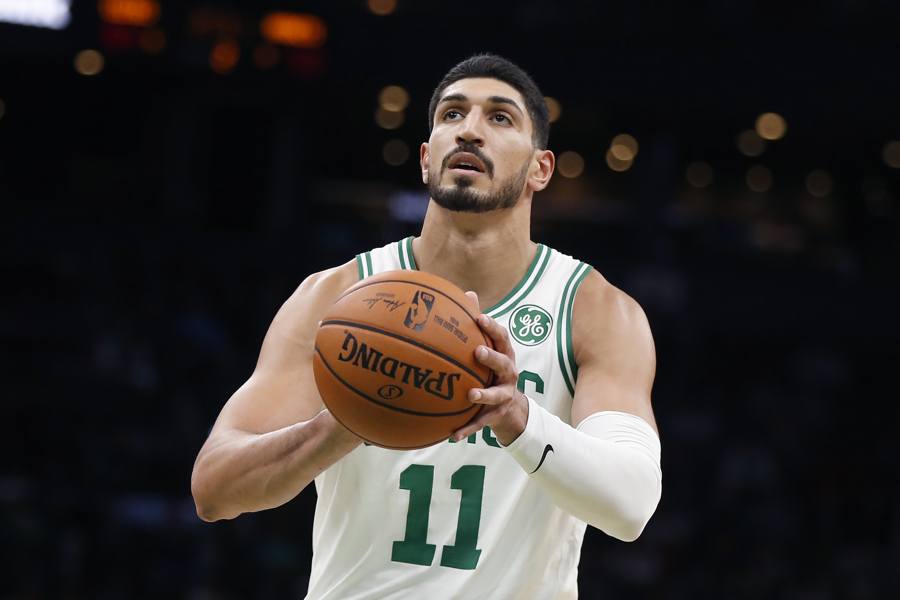 Cambridge Police say they have looked into an incident involving Celtics star Enes Kanter and a small group of Turkish men outside a mosque, and “determined that no criminal activity occurred.”

The department says the men, who Kanter identified in a video as “thugs” loyal to Turkish President Recep Tayyip Erdogan, were “exercising their constitutionally protected right to free speech” when they confronted the NBA athlete outside a Cambridge mosque following Friday prayers, which he had attended with fellow Celtic Tacko Fall.

Kanter had called for police and the FBI to investigate the encounter in a widely shared tweet. The Celtics center has been an outspoken critic of the Erdogan government, and described the incident in an interview with 7 News as a possible act of retaliation for that criticism. “I just started recording and they were just telling me how I’m a traitor, I shouldn’t pray here, I should get out of here, I shouldn’t be in a mosque,” Kanter told the news station.

Police in their statement said Kanter could choose to pursue a restraining order, and said congregants should feel safe at places of worship.

Hello Everyone!#DictatorErdogan @RTErdogan thugs attacked and threatened me today after Friday prayer in Boston at a mosque

Turkish Government don’t even let me practice my religion freely in America let alone my freedom of speech is under attack@FBI@FBIBoston@bostonpolice pic.twitter.com/FH2Ixe6QcY

“The Cambridge Police recognizes that places of worship should be places where all can congregate with peace of mind and without fear,” the statement continues. “No group or individual should ever suffer from bias, discrimination or hate. If any member of the community does believe that they have been threatened or harassed due to their faith, they are strongly encouraged to contact the police or organizations like the Anti-Defamation League. We remain committed to supporting and protecting all places of worship, and will continue to closely work with faith leaders, their staff, and those who attend their places of worship.”

Please see the following information on an investigation into an incident that occured on Friday, October 4th. #CambMA pic.twitter.com/UcA7569PPh